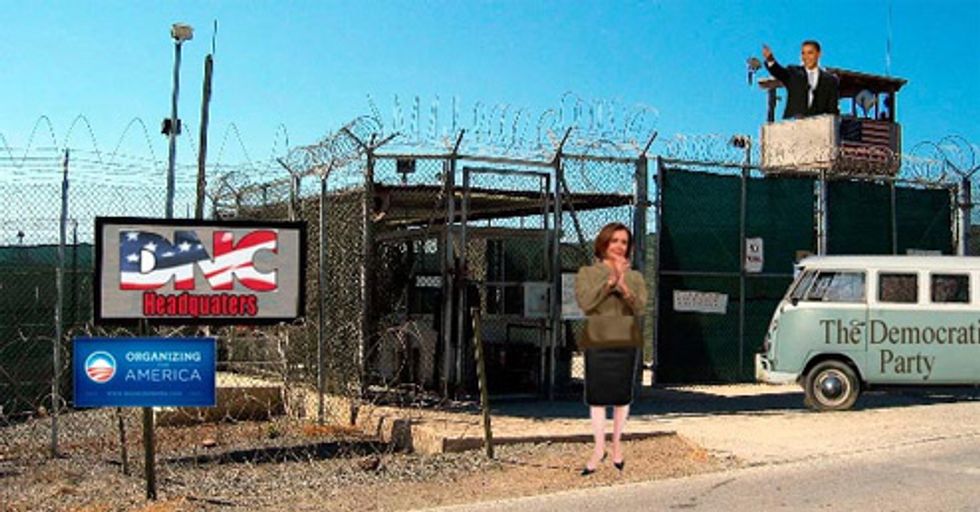 Cable channel Fox News needs content for its website, but of course Fox News stories consist of some video clips from a space movie, a weird chart with random numbers, and a couple of words like "socialist." Tough to turn that into a few paragraphs on a web page. And that's why America's sad old unemployed people have been asked to make crappy photoshops for Mr. Murdoch's web concern.

Pointlessly titled "Photo Op-inion," as if that makes some kind of sense, this special FoxNews.com feature encourages angry slobs to try out that "Paint" program on the 'puter:

Sometimes funny, sometimes serious, these images say it with pictures instead of words. Click through the images and then show us your talent by creating a photo op-ed for the NEXT slideshow.

And then, just to avoid Media Matters or whatever scold complaining about whatever dumb/vile image on America's Number-One News Channel's website, there's this disclaimer: None of the images were created by Fox News. Hooray for not paying for content!

Plus, it's a lot easier to "say it with pictures instead of words" when you're flunked out of fifth grade. [Fox News Photo Op-inion]