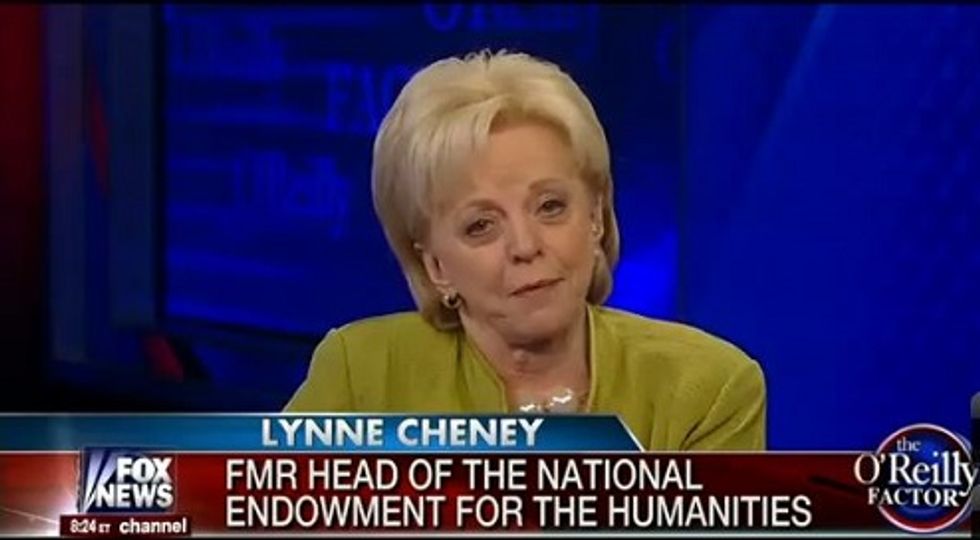 It was a sad day across the Fox News Channel yesterday as the re-emergence of Monica Lewinsky and her coming essay about her long-ago affair with Bill Clinton knocked the BENGHAAAZI!!!11!! “scandal” out of the headlines, forcing the leprous sacks of skin that anchor Fox’s shows to talk about something else for five minutes. And because it is Fox, there had to be a conspiracy theory angle in there somewhere.

For example, the hosts of The Five decided to flex their superior intellectual muscles on the question of why now, after all these years, has Monica decided to break her silence. Andrea Tantaros noted that there were lots of conspiracy theories out there (by “out there” she presumably meant in the Fox newsroom) and then asked Eric Bolling for his opinion.

Trying to figure it out … but this is the time, just as Hillary’s about to announce she’s running for president. Now the theory that I’m hearing [Ed. Note: Yeah, in the Fox newsroom] … is to provide sympathy for Hillary, to remind everyone that Bill Clinton was a jerk … not sure if that holds water or not. There are a bunch of theories flying around. [Ed. Note: Yeah, in the Fox newsroom]

Tantaros then suggested to dimwitted Dana Perino that this suggests there is some level of “collusion” between the media and the Clintons, to which Dana replied that there doesn’t have to be any collusion, because the media can just magically get its marching orders from Democrats through the judicious use of eye contact and, presumably, the kinds of nods mob guys give each other in movies when one of them wants to let another one know that he’s got the go-ahead to have Tommy Two Stomachs whacked.

Anyway, watch the segment just for the look that Juan Williams – sitting in for Bob Beckel, who was presumably off somewhere getting his hard drive wiped – gives the camera at around the 1:55 mark, just as Dana is starting to roll. Dana might as well have been telling him about the products one gets from pork bellies, like bacon, which you might find in a bacon and lettuce and tomato sandwich.

I really wonder if this isn’t an effort on the Clintons’ part to get that story out of the way. Would Vanity Fair publish anything of Monica Lewinsky that Hillary Clinton wouldn’t want in Vanity Fair? ... It’s happened at a time when Rand Paul has been criticizing the Clintons, it’s happened at a time when Hillary’s getting, you know, wrapped up to run. Getting it out of the way so we can say one more time it’s old news seems to me like a strategy or a tactic perhaps.

Ah yes, the brave criticism from Rand Paul that landed like a dying fish on the deck of a Boston Whaler. We’re sure all the unemployed people in America, or all the workers slaving away for seven bucks an hour because Rand Paul voted against raising the minimum wage to $10.10, took time out of the daily grind of eking out a marginal existence in the vast economic wasteland wrought by late-stage capitalism to applaud Aqua Buddha’s scathing attack on Bill Clinton over his having an affair with an intern nearly twenty years ago. What could possibly be more important?

Yr Wonkette’s take is that the vast majority of voters don’t give a shit now and will give even less of a shit in 2016, especially if no one has a job, the electrical grid is shorting out everywhere and all the freeways are crumbling into dust. So by all means, Republicans, keep blowing that chicken.