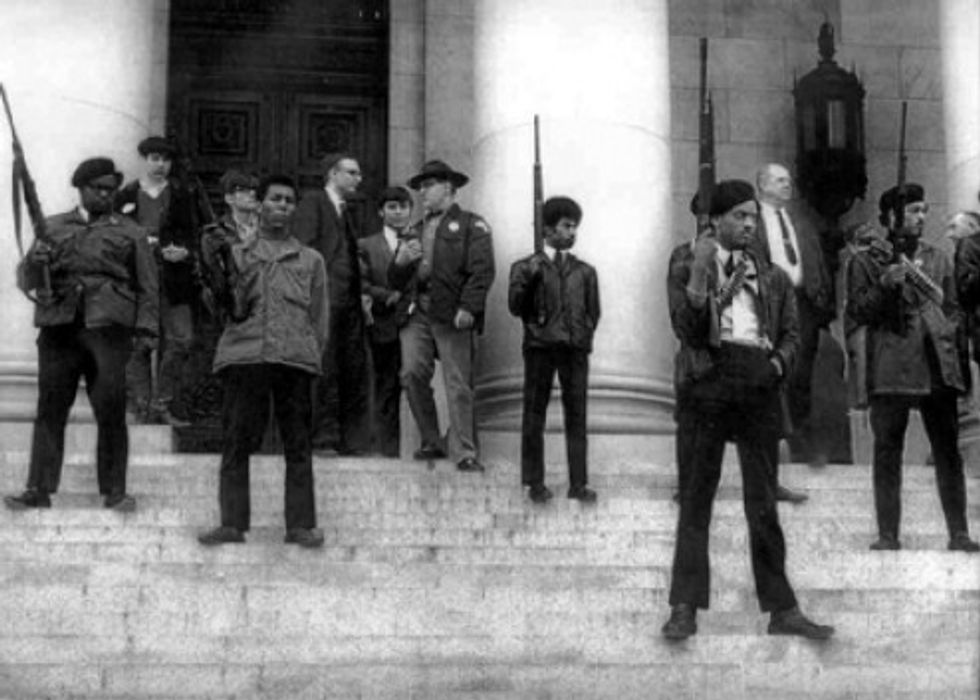 Oh, sure, maybe the police in Ferguson, Missouri, areout of control, firing tear gas and rubber bullets at protesters and journalists, arresting anyone who dares to take their picture, and so on, but maybe you'll be willing to cut them some slack when you hear this fact: The New Black Panthers are infiltrating the demonstrations and are probably planning to kill you right now!

Oh, sure, maybe the FBI only said there was one member of the group actually in Ferguson, but the New Black Panthers DID issue a scary news release bragging of the army of "committed trained warriors" that would soon be taking action on the streets, and there's never a reason not to take the self-aggrandizing claims of a radical group at anything less than face value.

On Wednesday's The Kelly File, Fox reporter Mike Tobin said that New Black Panther Party members had been spotted all over the place in Ferguson, and Anchortwit Martha MacCallum breathlessly read a Facebook post by a Black Panther member bragging of "committed trained warriors on the ground," claiming that "this is the hour all the greats promised" and exhorting the no-doubt thousands of party operatives, "If you die, die like a warrior. I will see you on the ground." So yes, obviously this is proof that the violent army of the New Black Panthers is just on the verge of running riot. All of him.