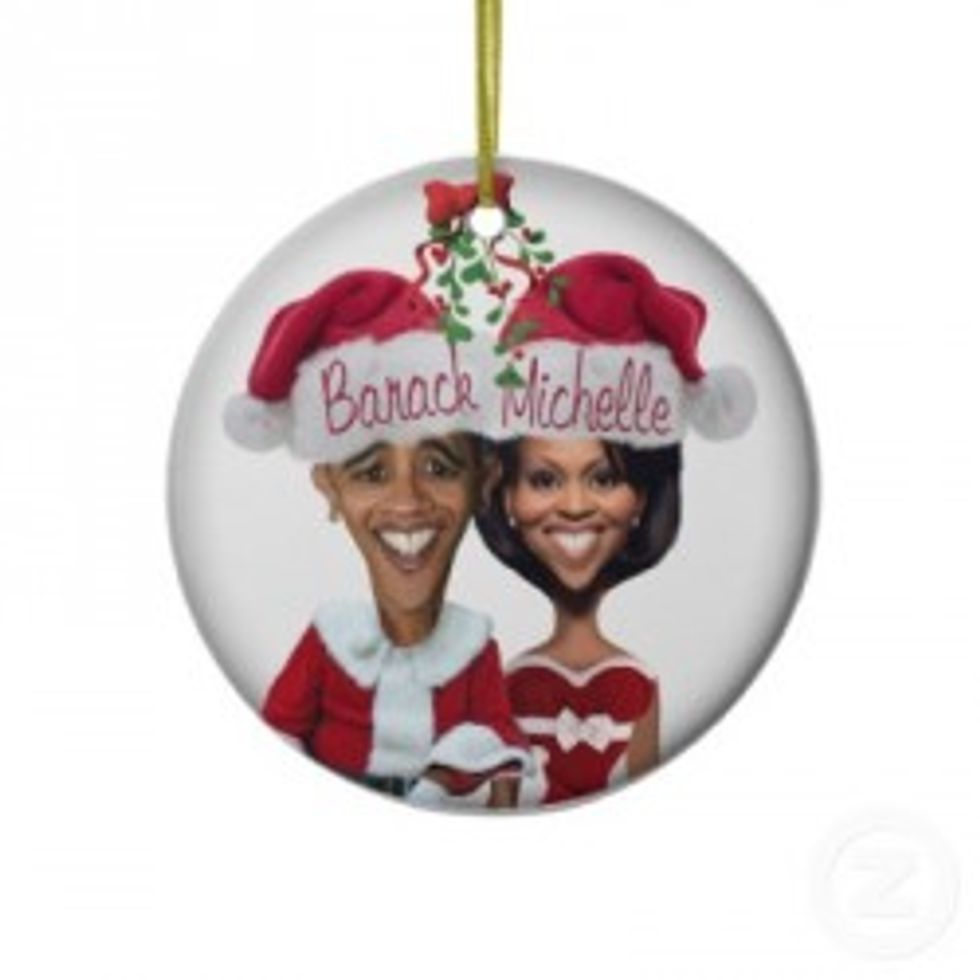 The ObamaWhite Black Muslim House is sending out a "holiday" card (not a CHRISTMAS card, despite the fact that CHRIST IS THE REASON FOR THE SEASON except for Hanukkah but that doesn't count because unlike Christmas it's just a random religious holiday that marketers got their hands on) that prominently features their hypoallergenic dog deity, Bo.

The 2012 White House “Holiday” card spotlights the Obama’s family Portuguese water dog — instead of Christmas. The black and white illustration was designed by Iowa artist Larassa Kabel and shows Bo the dog, wearing a scarf, while  frolicking in the snow on the South Lawn of a blurred White House. The inside of the card reportedly reads, ”This season, may your home be filled with family, friends, and the joy of the holidays.” The card is signed by the entire First Family — along with Bo’s paw print.

Let's realize what the holidays are really for: bundling up your family in matching clothes, making them sit uncomfortably for half an hour in a Sears photo studio, then sending out a meticulously detailed letter listing every banal accomplishment of your empty suburban lives to people you haven't talked to in months.

The 2012 card made no mention of any specific holiday nor did it include a Bible verse noting the birth of Christ.

Here is a pictorial history of the White House Holiday Card, which, other than Dubya spraying straight Bible tracks all over his Christmas mixtape (and inventing the little-known Hanukkah Tree), is basically an unbroken string of bland images of the White House coupled with nondemoninational holiday well-wishes.  As an actual historian said in the LA Times, the cards are pretty much always nondemoninational going back to the 1920s, which is like nearly over a hundred years ago, more or less.

President Obama’s "holiday" cards have been the subject of controversy in the past.  His 2009 greeting card made no reference to Christmas, drawing the ire of Republican Congressman Henry Brown. “I believe that sending a Christmas card without referencing a holiday and its purpose limits the Christmas celebration in favor of a more ‘politically correct’ holiday,” the South Carolina congressman told Fox News Radio in 2009.

To be fair, Henry Brown only served during the Bush Administration and the first two years of the Ungodly Obama Occupation, so it makes sense that he knows absolutely nothing about the history of a wholly unremarkable bit of holiday fluff.

Anyway, now that your Wonkette has devastatingly proven that complaints about the White House Holiday Card are undeniably full of shit, we are off to worship at our golden idol of Bo, who is frozen in a beautiful tableau of having his holy leg lifted to urinate on a flag-draped coffin with a homemade cross on top.

Please stop the War on Boism.