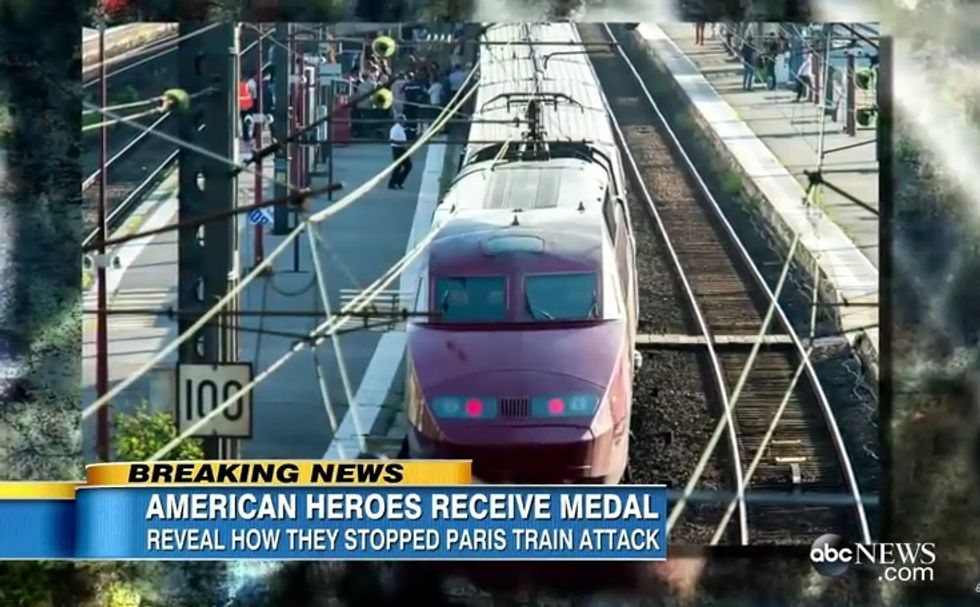 There's an awful lot to be happy about in the story of the three vacationing Americans, a British executive, and a French passenger who overpowered a would-be terrorist on a high-speed train Friday. Nobody got killed, and even the two people who were slashed by the bad guy's knife are going to be fine. On Monday, four of the hero passengers were awarded France's highest civilian medal, the Legion d'Honneur. So: a whole lot of good to say about the decency and heroism of ordinary people willing to risk their lives to protect complete strangers.

Obviously, that's why Fox News anchorblonde Anna Kooiman had to ask why Barack Obama let this attempted attack happen, exactly like how he caused all the spouse abuse in the NFL by ignoring Benghazi.