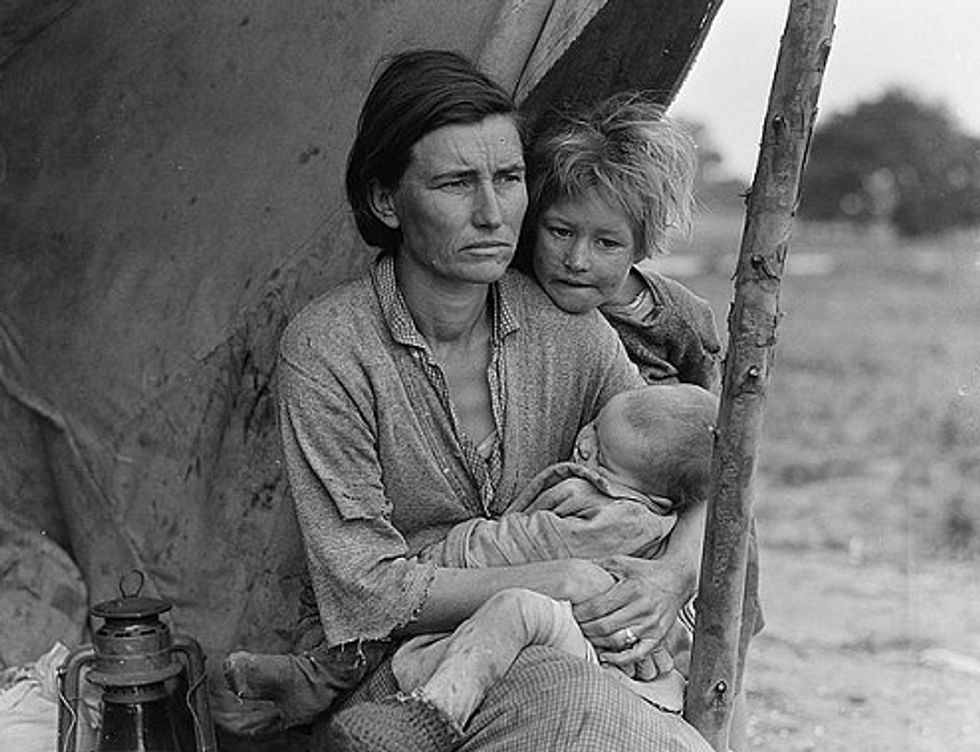 Hey, you takers! Fox news has some doubleplusgood Newspeak for you, fresh from the Frank Luntz playbook: There is no "government shutdown" going on. Instead, theFoxnews.com homepage refers only to the "slimdown" of the federal government. Slimdowns: so sexy! So hot right now! So "right-sized" you could fit something, say a government or a cancer baby, in a bathtub, and drown it!

They're even changing the headlines of their own writers:

Fox News host Howard Kurtz wrote in a column that the "Fox News website keeps using the term 'slimdown' instead of shutdown, though no one would claim this was some kind of sensible Weight Watchers method of trimming government spending." Kurtz's column has the headline, "Spin Wars: Is the shutdown about blackmail or ObamaCare?" -- but Fox modified the headline to "KURTZ: Is slimdown about blackmail or ObamaCare?" on its front page.

They also note that this isn't entirely new for Fox, which in the past has changed "suicide bombers" in AP reports to "homicide bombers."

Dare we hope that these word substitutions are automated? Maybe that could give us something like the notorious American Family Association news site that auto-replaced "gay" with "homosexual," eventually resulting in a whole bunch of references to the American sprinter "Tyson Homosexual."

We wish Fox News luck in their attempt to completely rebrand the current government funding fuck-tussle; let us know if you hear anyone actually referring to the "government slimdown" in real life (or what passes for it for most of us). And also tell us how loudly you laughed at anyone who said it.