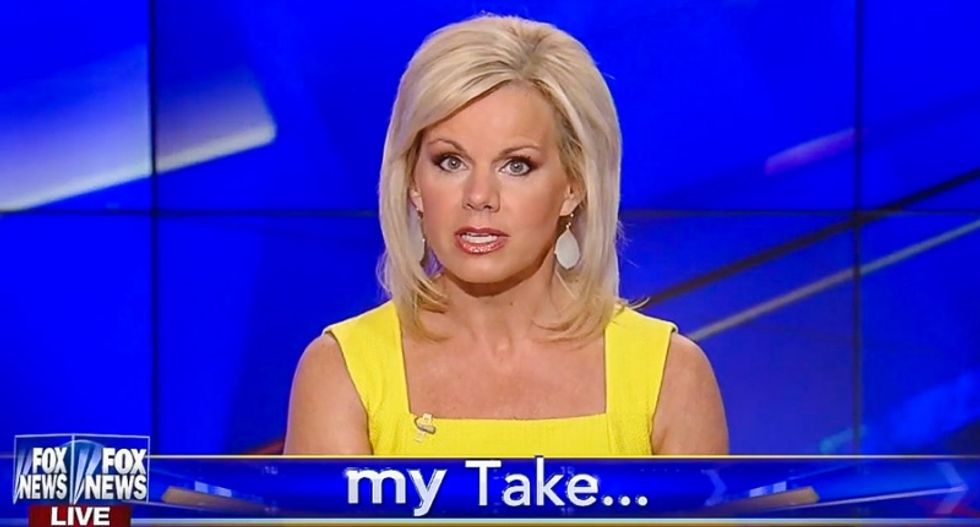 "Shoulda peed on him," said the rapey one.

"Or made a doody!" said the stupid one.

And that's when Gretchen Carlson's head spun around on her body three times, her eyes became insane Michele Bachmann eyes, and actual devils came out of her mouth as she actually YELLED that YOU GIVE THE PERSON THEIR PROPER RELIGIOUS BURIAL RITES.

Well, it has been only five years since the last time Gretchen Carlson forgot to be stupid, so we guess it is that time again!

“There’s no doubt Omar Mateen was able to kill so many people because he was firing an AR-15,” Carlson said. “A military-style assault weapon, a weapon easier to buy in the state of Florida than buying a handgun. Florida sets a three day waiting period for purchasing handguns, but the state mandates no waiting period for any gun that requires two hands to hold.”

She then pointed to a recent poll showing that 50% of Americans support an assault weapons ban.

“Do we need AR-15s to hunt and kill deer? Do we need them to protect our families?” she asked. “I’m in favor of people being able to carry. I think some of these mass shooting would have been less deadly if that were the case.”

“But I’m also with the majority today, taking a stand,” Carlson said, referring to the ban.

“Can’t we hold true the sanctity of the Second Amendment while still having common sense?”

Good for you, Gretch! We expect to see you again in another five years, when you do a common sense segment about maybe President Trump's being a little putschy lately, before he sends you off to the reeducation camp.