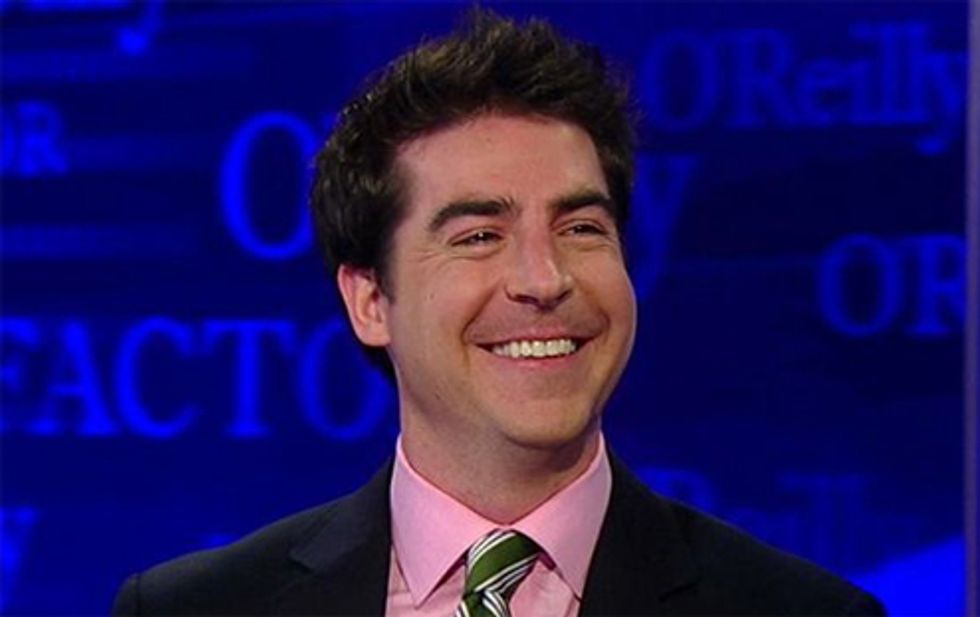 [wonkbar]a href="http://wonkette.com/600359/15-things-bill-oreilly-got-wrong-while-laughing-at-how-stupid-these-hippies-are"[/wonkbar]Most of the time, Fox News creature Jesse Watters is safely walled off as the interviewer/producer of those HI-LARIOUS "Watters' World" segments on The O'Reilly Factor, where he goes and asks a bunch of dumb questions to uninformed people, cuts them together with movie clips and sophisticated comedic sound effects ("boing" and "record scratch" being particular favorites) and then has a good laugh over how stupid hippie liberals are. Every now and then, though, Uncle Bill lets him off the leash and Watters hosts the show himself, and so we get to see him doing Serious Interviews, like this piece from Friday where he talks to two actual black people, attorneys Andell Brown and Kisha Hebbon, about the Black Lives Matter movement. Neither lawyer is actually an activist with Black Lives Matter, but they are black and alive, so that's good enough for Fox. Watters is very amused that some black people are complaining in 2016 about Bill Clinton's 1994 crime bill and the racial disparities in incarceration it contributed to, because that is so very silly!