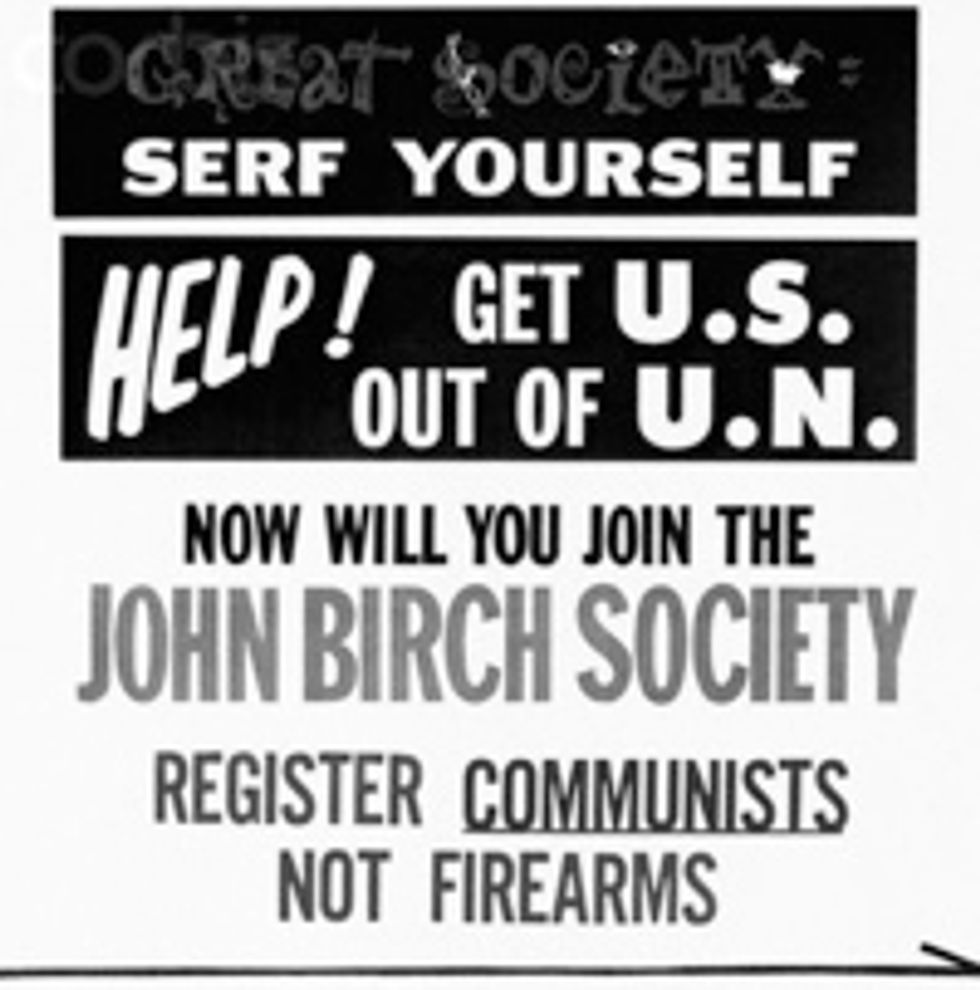 Meanwhile, in the latest conservative news, the Republican mainstream continues to slide into ultra-nationalistic militaristic paranoia and championed white supremacy along the normal trajectory: the actual John Birch Society -- the comically radical conservative organization of racists and psychotic libertarians who pretended to fight domestic commies, 50 years ago -- has of course beennamed a cosponsor of next year's CPAC, the conservatives' important annual mid-week terrorfest at which delegations of the nation's top barely-functioning insane wingnuts decide who gets to run for what job.

The Birchers are most famous for being the group that William F. Buckley angrily condemned in 1964, giving the nascent American conservative movement its first taste of mainstream legitimacy, or however they phrase it these days.

But Buckley's dead now, and the supposedly "re-branded" Birchers are sponsoring CPAC, so maybe 2012 will finally be Pat Buchanan's year? Hmm?