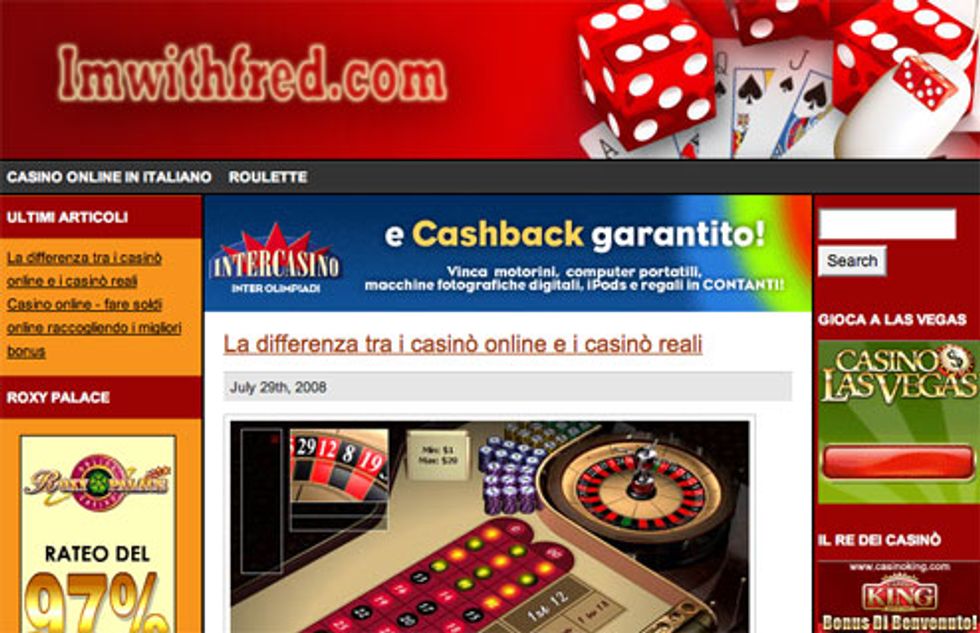 Remember last summer when "real conservatives" were pushing actor Fred Thompson to run for president so as to save the Republican party from the several gay divorcee Mormon liberals also running? And he was like "yeah sure, probably I'll run or whatever" but didn't really announce until September, on the Jay Leno program, during a Republican debate that he was too lazy to attend? Well it was during that "probably" time that he launched"imwithfred.com," his proto-campaign website. And after everyone realized Fred Thompson was a lazy douche and couldn't win anything, Fred's people sold this domain name to a bunch of Italian gambling e-entrepreneurs, as you can see in the screen capture above. Vote "Italian Gamblers" for president, the real Republican's alternative to WALNUTS! [I'm With Fred via The November Blog]