Freedom Industries Would Love To Tell You About The Other Chemical They Spilled, But Sorry, 'Trade Secret' 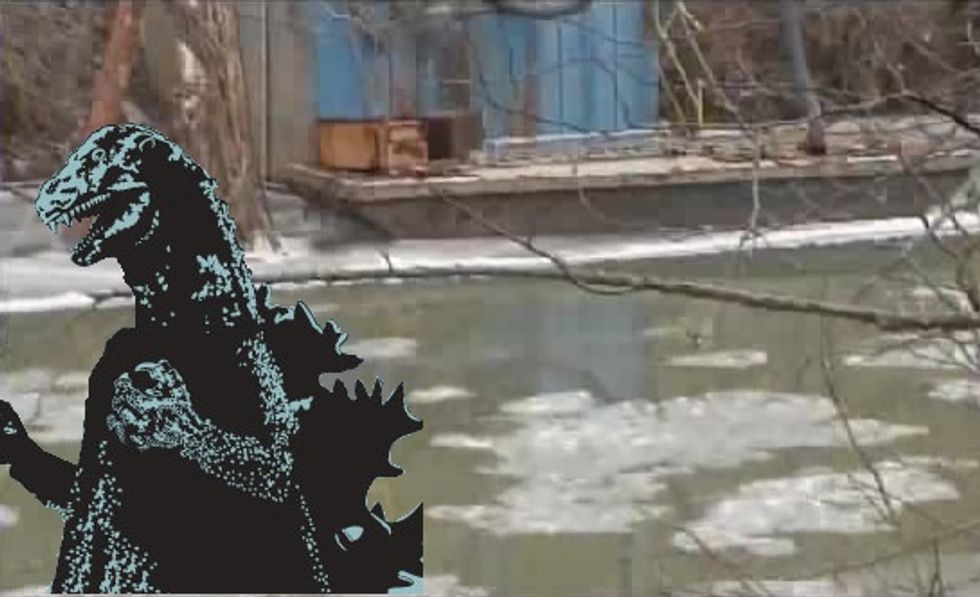 Two weeks after dumping enough toxic crap into the Elk River to make water unusable in much of West Virginia, Freedom Industries told state environmental officials that in addition to the original toxic crap -- "Crude MCHM"* -- that everyone knew about, there was a second chemical in the leaky tank as well. Oh, also, the company said, they can't really say much about what exactly the mystery substance, "PPH," is, or what it will do to people, because its exact identity is "proprietary."

We are betting that it is probably not the mysterious "Chemical X" that was key to the creation of the Powerpuff Girls.

But don't worry too much, because Centers for Disease Control spokesperson Barbara Reynolds said that, while available information on both chemicals' potential health effects is "very limited," PPH is "probably less toxic" than MCHM, as far as they can tell. Really, who knows? Proprietary, man.

And even better, said Reynolds in an email, if you're in West Virginia and feeling lucky, it's entirely possible the drinking water might be okay. Or not:

"Given the small percentage of PPH in the tank and information suggesting similar water solubility as MCHM, it is likely that any amount of PPH currently in the water system would be extremely low. However, the water system has not been tested for this material."

Be sure to let the CDC know if the dog grows any extra appendages, OK?

On Tuesday morning, Freedom Industries' president, the charming and forthcoming Gary Southern, told Mike Dorsey, emergency response chief for the state Department of Environmental Protection, about the PPH, and said that there was about 300 gallons of it mixed with the Crude MCHM. Or at least, he informed Dorsey that something identified as "PPH, stripped" was in there. Hey, let's read up on some chemicals, shall we?

Dorsey said that Freedom told him that the "PPH, stripped" it was using was a mixture of two other chemicals, DiPPH Glycol Ether, and PPH Glycol Ether. Dow Chemical makes those two chemicals, according to the information Freedom gave to Dorsey.

But Richard Denison, a senior scientist with the Environmental Defense Fund, noted that Freedom Industries withheld the specific chemical identity of the "PPH, stripped." The [Material Safety Data Sheet] provided by the company lists the key "chemical abstract service" identification number as "proprietary."

So OK, we can tell you we spilled some stuff. But you really don't need to know the details. What are you, commies?

The federal Environmental Protection Agency does have the power to compel Freedom Industries to disclose the exact identity of the chemical, but has so far not done so. The state agency has ordered the company to release the information, but Freedom Industries replied only that the tank contained a mixture of Crude MCMH and PPH, so shut up:

"PPH is added to the Crude MCHM to act as an 'extender' in that the Crude MCHM is available in limited, sporadic quantities," Freedom said in its response. "At the time of the release on Jan. 9, the blend in Tank No. 396, after extensive calculation, was approximately 88.5 percent Crude MCHM, and 7.3 percent PPH by weight and 4.2 percent water by weight. Our records and internal investigations indicate that there were no other materials in Tank 396 at the time of the release."

Look, the details would be all chemically and boring, and we've told you people plenty already. Also, there's no truth to the rumors that we're breeding supersoldiers for the CIA.

* Wonky chemical detail -- the Charleston Gazette notes that "While some reports have used the term "Crude MCHM" and the chemical "4-methylcyclohexanemethanol" interchangeably, the 4-MCHM is actually only one of seven components of Crude MCHM. We have previously used that big honkin' name, but apparently that was incorrect. Wonkette regrets the molecular error.