FreedomWorks: Protection From Domestic Violence Is For Wusses 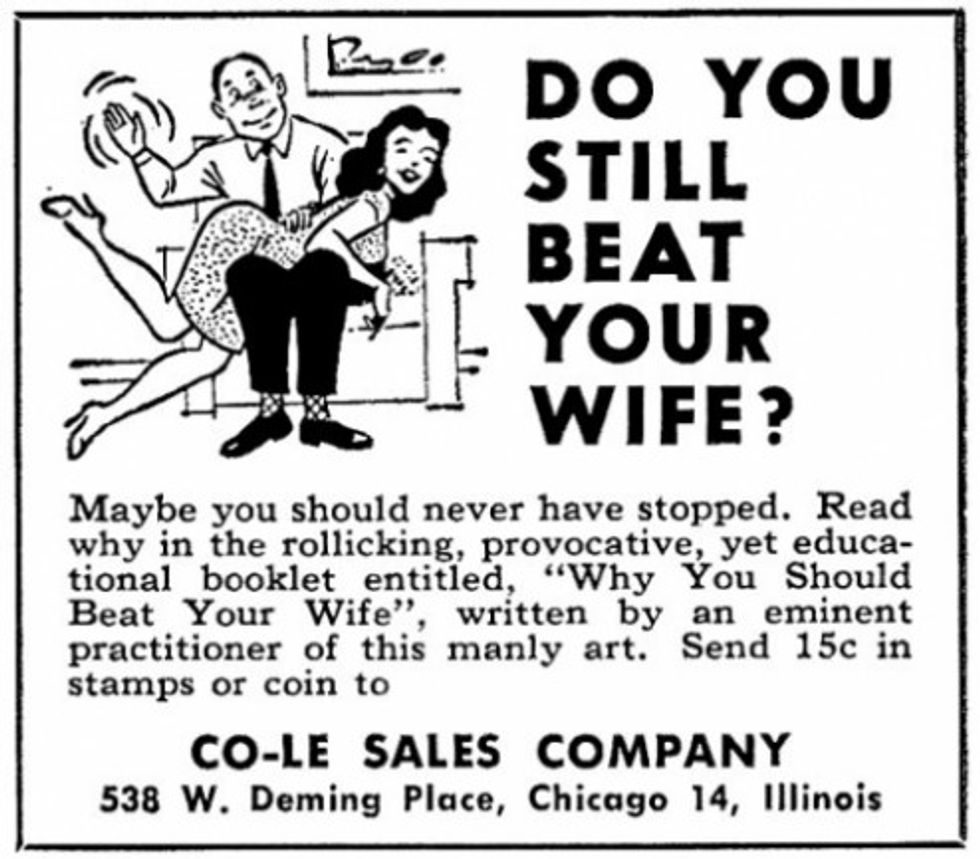 Have you been avoiding reading anything about the reauthorization of the Violence Against Women Act (VAWA) because opposition to it is just too fucking depressing? US TOO. But now none of us can avoid it no more not ever, because the Editrix decreed that we read some things and write a thing about it. Do you know how hard it is to find something funny aboutopposition to VAWA? DO YOU???

Heritage Action and FreedomWorks, two well-financed right wing activist groups, are lobbying to scuttle the reauthorization. In short, they lament the expanded provisions, which beefs up funding for local law enforcement to prosecute domestic abusers while expanding coverage to gays, illegal immigrants and Native Americans. They claim VAWA hasn’t proved to be effective and argue that federal funding for law enforcement is both redundant and unconstitutional.

Did you read that right? Yep, you sure did. Republican activists, displaying an almost sublime level of evil behavior, are cockblocking a bill that just seeks to re-up a law that says it would maybe be neat if beating women wasn't, you know, consequence-free. Why would they do this? Because in topsy-turvy GOP land, protecting women from domestic violence makes them weak and saps their souls:

Supporters of the VAWA portray women as helpless victims—this is the kind of attitude that is setting women back. Thank goodness that there are many strong and independent women, including the female members of the Independent Women’s Forum, who believe that there are real reasons to oppose the VAWA.

Also, too, you liberal weenies just don't know how the constitution works:

The VAWA made domestic violence a federal crime but it is not an issue that should be handled by the federal government because it is not specifically mentioned in the Constitution. Like other wrongdoings such as murder and theft, it is properly handled on the state and local level, in accordance with the 10th amendment.

Yr Wonkette would like to take a moment to point out that we are a humor blog with swears and completely made up (though often internally consistent!) rules of grammar, but we would never write something like the above, which sounds like a third-grader's book report. There's about a third-grade level of reasoning there too. Please don't anyone explain to this woman ever that murder and theft are indeed already federal crimes in any number of circumstances.

Even if we cared not one whit about violence against the ladies, we would still love VAWA the mostest because our boyfriend Joe Bidenwrote it and the man can do no. fucking. wrong.

On the upside (even upsider than Joe Biden? SURE!), Senator Tom Coburn tried to strip out protections for Native American women from the bill, and the Senate beat his ass like their dinner was cold.