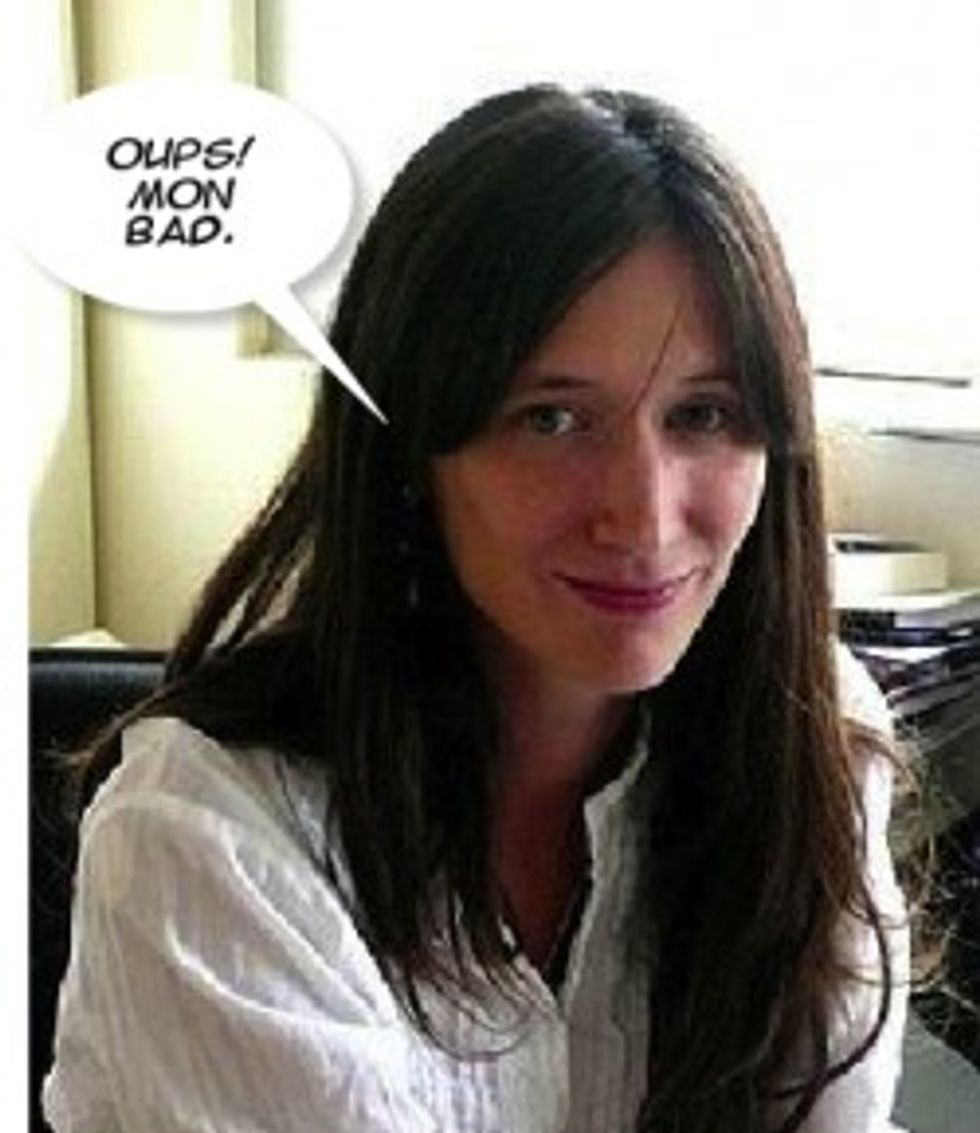 In an article in the French version of Elle magazine called -- yes, really -- "Black Fashion Power," writer Nathalie Dolivo discusses Michelle Obama's style and the fact that she's allowing black women to finally dress well, godddddd, what took so long? The article, which appears to have since been removed from the Elle France website (clicking on the link now reveals an "OUPS!" message -- "OUPS," indeed), says that our FLOTUS's sense of style means that "chic has become a plausible option for a community so far pegged to its codes [of] streetwear." Lord.

Fond of puns and made-up words as well as racist remarks, Dolivo also invented the term "black-geoisie" for the purposes of this article to mean...well, black women coopting the style of the bourgeoisie. Because the bourgeoisie is white, duh!

After having a few more glasses of lunchtime wine and arranging her bangs just so, Dolivo also decided that Mrs. Obama retains elements of being black by including accessories like "a shell necklace" into her white bourgeois outfits. She also described Michelle Obama's style as a "jazzy" take on Jackie Kennedy's style.

Here is a vast portion of the diarrhea in one place:

In this America led for the first time a black president, the chic has become a plausible option for a community so far pegged to its codes [of] streetwear … But if in 2012 the “black-geoisie” has integrated all the white codes, it does not [do so] literally. [There] is always a classic twist, with a bourgeois ethnic reference (a batik-printed turban/robe, a shell necklace, a ‘créole de rappeur’) that recalls the roots.

Malheureusement, commentators across various fashion blogs covering this story have noted that this kind of stance isn't really all that surprising in France (or, umm, the Netherlands). Says one commentator on Fashion Bomb Daily, an early Stateside reporter of this gaffe-within-a-gaffe-within-a-gaffe, "The saddest thing is that this stupid journalist thought she was doing something positive for us. And that’s what many French people would see in this article. I’m sure that even educated French people wouldn’t see any offense in this."

As of yet, no apologies from Dolivo, but here's her TWITTEUR for anyone who wants to send her pictures of Anthony's Wiener schnitzel or people committing adulterous acts with baguettes. [Fashion Bomb Daily via The Gloss]