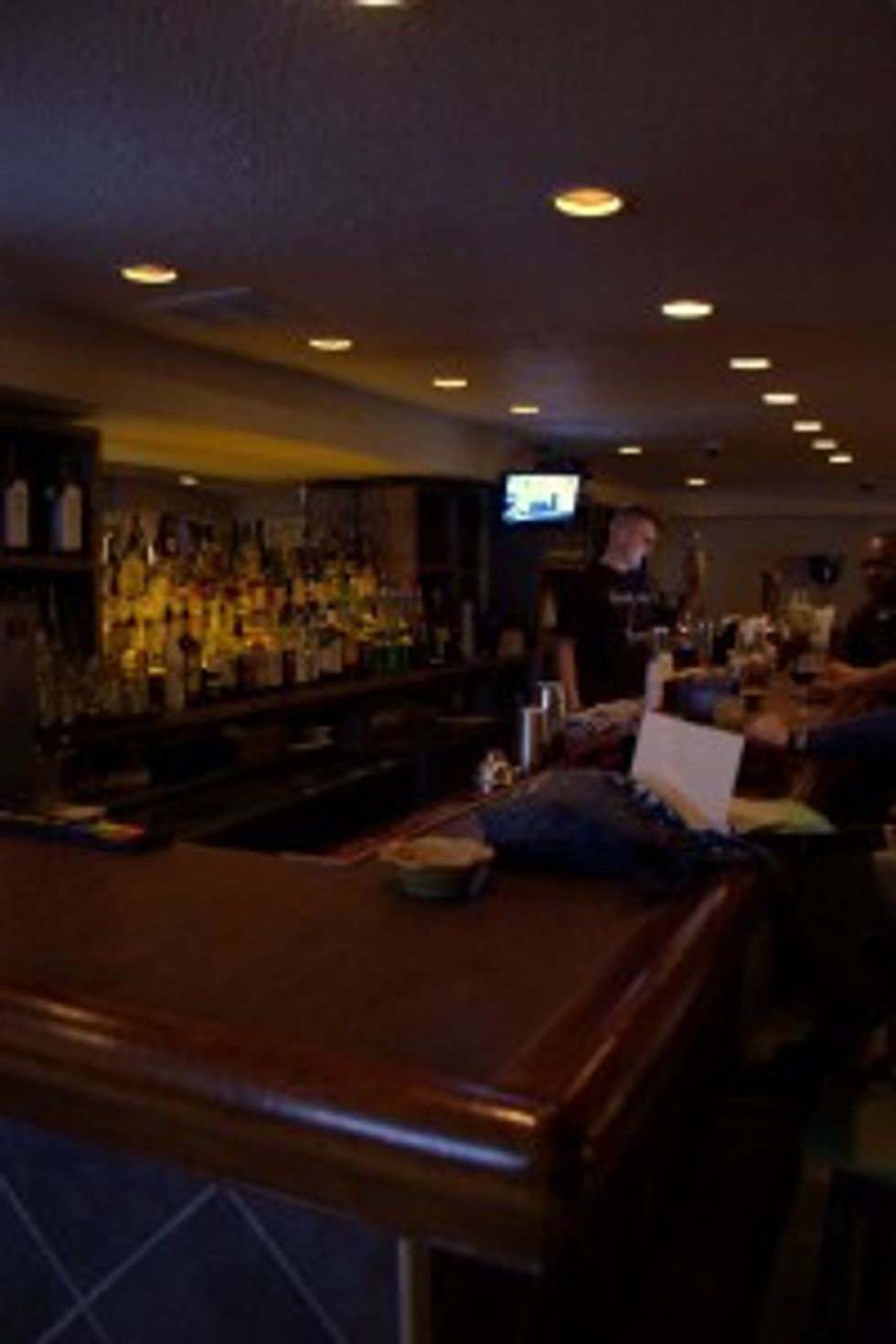 Dupont Circle South is notable for its large well-trafficked bars and startlingly high CVS-to-humans ratio. One thing it doesn't seem to have in great volume is small-scale neighborhood watering holes.  DC Bread & Brew, a new cafe and bar on 20th and N, seeks to right this terrible wrong.

Less than two months old, Bread & Brew has hit the ground running with a large menu of pizzas, soups, sandwiches and entrees.  But it isn't your standard french-fried rot-gut bar fare.  According to the chef, a Cameroonian trained in France, it's all at least 90% organic.  Because the food is made with whatever fresh ingredients come in, the menu changes almost daily.  A sample of what was available on a recent weeknight includes fish soup with winter root, vegan pepperoni pizza, and pork chops.

What you arugula-lovers may be most pleased to hear is that the prices are actually really reasonable.  Entrees can be pricey (above $15) but everything else is below $12.  The best deal is probably the huge bowl of soup for $4. Detractors of the Front Page should also take note that you can probably don a potato sack and hang about without scorn.

Throw in the WiFi, coffee and tea, full bar (with organic liquor?!), and unpretentious patrons, and you really can't go wrong.  The one thing to note is that the hours of operation are somewhat fungible while the owners try to figure out what works.  It's open past 1AM on weekends, but it's safe to bet that both the bar and restaurant are closed by 11PM during the week. Open daily for lunch.