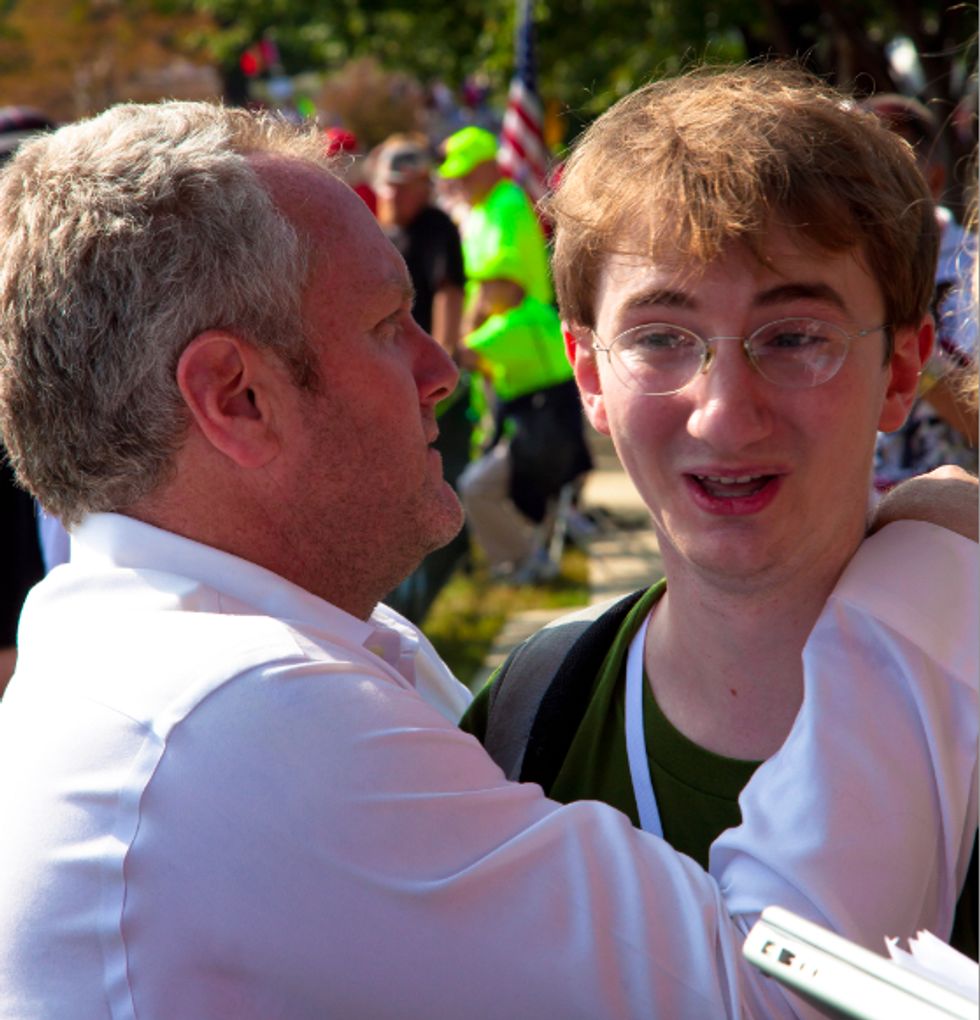 Here is an update on the civil lawsuit Sherrod v. Breitbart stemming from the hatchet job of a video that cost Shirley Sherrod her position at the United States Department of Agriculture four years ago. We are pleased to report that Sherrod is still suing Andrew Breitbart, and Andrew Breitbart is still dead.

The ongoing lawsuit is in the deposition stage, and Sherrod’s lawyers are busy turning over rocks and deposing every slimy wingnut they can find. Recently it was the turn of J. Christian Adams, a fine upstanding gentleman who resigned in protest from the Justice Department over Eric Holder’s refusal to prosecute New Black Panthers for the crime of looking scary. Adams, being one of those ethical types of lawyers, ran right from his deposition to the pages of PJ Media to unleash this insane diatribe against Sherrod and her lawyers. Let’s take a look.

Sherrod’s defamation theory is dangerous to the free press. When Sherrod said that she intended to discriminate against white farmers, that was a stand-alone story, period. Nothing else that followed mattered […]

Sherrod’s defenders falsely claim the video Andrew Breitbart aired was “heavily edited.” What they really mean is that video of Sherrod saying things that make her look good wasn’t aired alongside video that made Sherrod look bad.

Oh horseshit. That video was edited to rile up the resentful white folks who make up Breitbart’s audience and get his site some page views, at the expense of a then-unknown federal bureaucrat whose name was then dragged through the mud pit of the media. And if she lost her job, hey, it was a small price to pay so people like J. Christian Adams could point fingers and scream, “See? See? Blacks can too be racist double immunity no take-backs!” The way in which the video was edited – and the important part of the story was left out – very much mattered. At the risk of telling you something you already know, Sherrod's entire story -- about helping a white farmer she'd initially brushed off -- was to illustrate that people who think racist thoughts can change, put them aside, and come together. What we got instead was "Ag department WARS ON WHITES!!1!"

At this point we would like to quote the sainted Breitbart himself, who once said, "The worst thing you can do right now in the United States, in politically correct America, is to accuse somebody of being a racism [sic] through slurs and innuendo without evidence." (Yr Wonkette would argue that a worse thing you could do is actually be a racist, but never mind.) Teasing that little Breitbartism out a little further, it seems logical that accusing someone of being a racist and failing to present evidence you possess that would exonerate her of the charge before she loses her job, has her name publicly slimed by every wingnut with a keyboard and an Internet connection, and receives hate mail and death threats by the barrel, would be strong evidence in favor of this “worst thing you can do to somebody” thesis where charges of racism are concerned.

In other words, if Breitbart had listened to his own words and been honest with himself, he might have thought twice about editing that video. The fact that he didn’t should tell you something.

Anyway, there is a lot more of J. Christian Adams spewing that usual conservative victimhood garbage while speculating about the strategy of Sherrod and her lawyers, who obviously are not going to respond and start revealing to the public information gleaned from depositions. Adams is working the refs here, either trying to put public pressure on Sherrod to drop the suit or influence potential jurors who might read his site when a trial is likely still months or even years away. We strongly advise you to not click the clicky, no matter how much you already hate yourself.