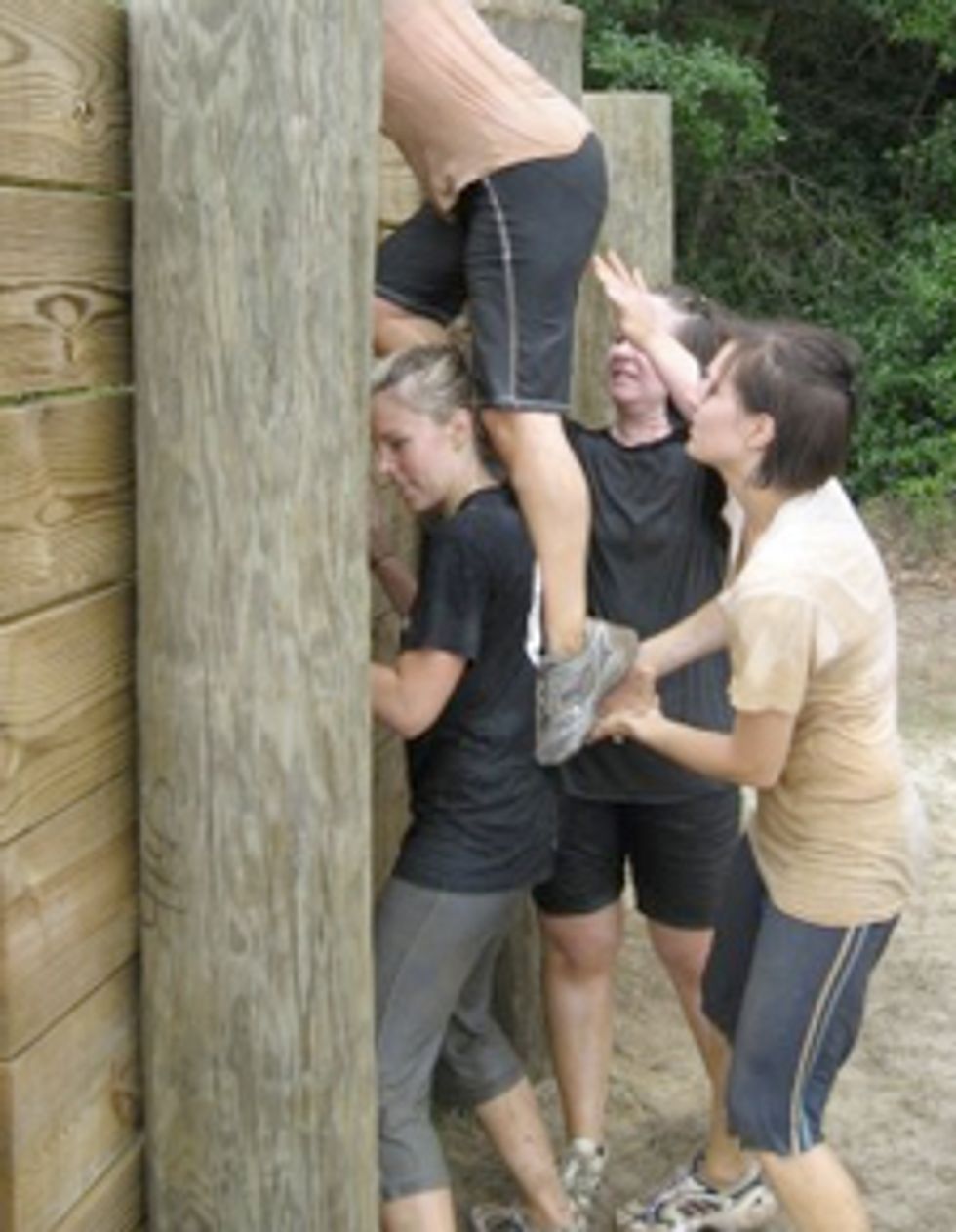 The White House does not want the media calling it a "retreat," so by simple rules of obnoxiousness: the full Obama Cabinet is having a big retreat this weekend! They are going to an outdoor adventure camp to do such things as, oh, whatsitcalled, you know that thing where there's a big tall wall, and everyone has to get over the wall, so the fatties get lifted up by the entire group first and roll over, while the most sprightly fellow jumps last and just barely makes it, and then it's like "Blah, we're a team now" and stuff? They're doing that one a few times on thisretreat. No, they're not.

No outdoor adventure camps for these old galoots, we're afraid, although this must come as a relief to the science boy, Choo-Choo, who has a bedwetting problem.

They're just going to Blair House, the White House guest cabin, to watch PowerPoint movies about the Downfall of America, on their iPods.

Aides promise that there will be no trust circles or "sharing" exercises, but President Obama's Cabinet will gather Friday and Saturday to mark the administration's sixth month in office with a high-level retreat.

The gathering, to be held at Blair House and the White House Conference Center, across Pennsylvania Avenue from the executive mansion, will feature all 22 Cabinet-rank members for a series of policy presentations, several officials familiar with the planning said Tuesday.

Two sources characterized the session as an attempt at "bonding." Another said the gathering, which a top aide said has been long-planned, would be modeled after similar corporate events designed to provide an assessment of how the administration is doing halfway through the year.

We never get invited to these fancy things :(