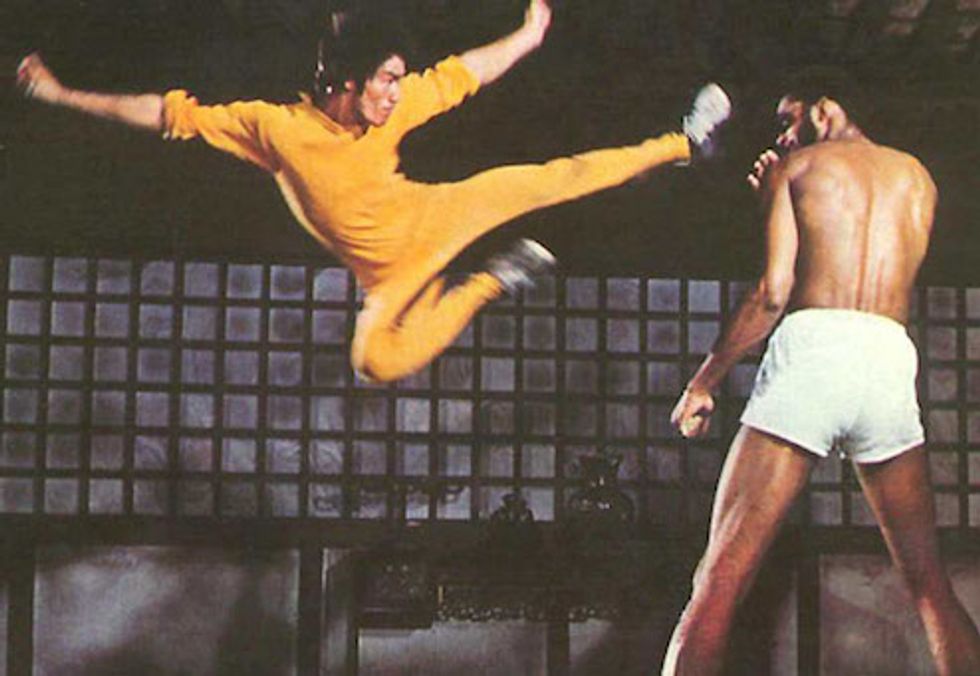 We don't think we've yet had the pleasure of writing about Dr. Laurie Roth, one of RenewAmerica's finest scribes. Dr. Roth is pretty sure that Barack Obama has been genetically engineered since birth to take over 'Merica for the Muslins, which is totally true. We should have known we couldn't keep it secret much longer.

Oh wait! We're being so rude. We should really introduce you to Dr. Roth before delving into her work. Come join us in reading her biography, which is clearly a loving tongue-bath written by Dr. Laurie Roth about Dr. Laurie Roth.

Laurie has a Ph.D. in counseling and a black belt in Tae Kwon Do. If she can't reason with you, you had better duck before the roundhouse kick sends you flying!

She is a singer/songwriter with five CD albums to her credit, one track which landed her in Billboard's top 40 ranks and on the cover of Cash Box Magazine. She plays the piano, keyboard, and violin and has a voice that can penetrate your very soul.

So wait. If we're talking to Roth, and we can't come to an agreement, she gets to just kick us across the room? That really doesn't seem fair. Or legal even, really. Also, we've just asked the Editrix if she will change everyone's Wonkette writer bio to end with "has a [reader's choice] that can penetrate your very soul." We'll let you know how that goes.

So, let's take a gander at what Roth has to say about Bamz and prepare ourselves for the likely inevitable roundhouse kick to our skull, because it seems unlikely we'll find her reasonable.

He has always mysteriously had billions of dollars in backing. It is most clear that Obama, from birth, was the chosen destroyer of America. Believe what you want, but the large sea of facts support this, from the massive millions spent to hide all Obama's documents – falsifying his birth records, use of false social security cards, and hiding college records. Think about it a second. Have you ever heard of any U.S. president ever spending millions to hide every detail of his life from the people?

Actually, we have not ever heard of any U.S. president spending millions to hide every detail of his life from the people BECAUSE THAT IS NOT A THING THAT ACTUALLY HAPPENED EVER.

You know, sometimes we marvel at the vast wonder of technology that is the Internet. It brought far-flung people together, it gave us cat videos, it made it way fucking easier to find what time the movie was playing. However, the dark heart of the Internet is that it also means that someone like Laurie Roth commands a sizable, if lunatic-filled, audience over at RenewAmerica on the regular, rather than just muttering alone in a dark corner somewhere or, at worst, buttonholing the girls at the office during lunch to share her latest Obama-is-a-lizard-person theory. We realize we're just making it worse by giving her a megaphone, but how could we resist a lady that thinks Obama was literally born to wreck America and has carried the full faith and credit of radical Islam with him since birth? People, we are just not that strong. This woman and her next-level Manchurian Candidate shit is like catnip times crack crossed with porn for people like us.

Dr. Laurie Roth, we've got our eyes on you. Do big things.