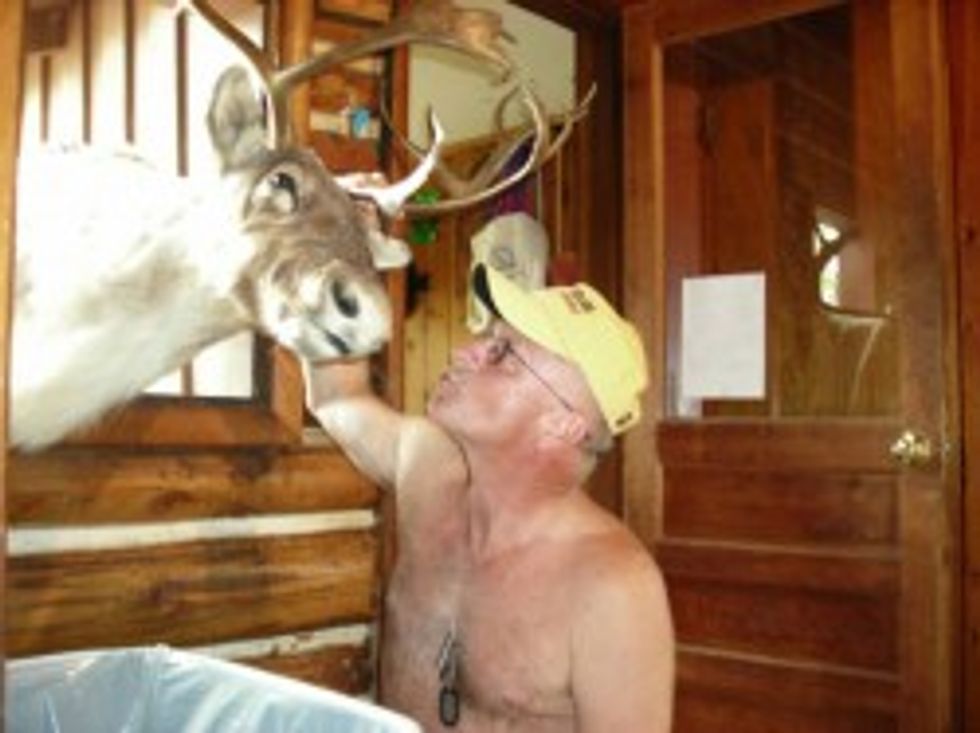 The only thing the Michigan legislature hates more thanvaginas is a contested Congressional race. That’s why they cold gerrymandered the district map for guys like Thad McCotter. So long as he collected 1000 nominating signatures every couple years, he could’ve stayed in Congress forever. But McCotter’s inability to even plausibly forge petitions led to his resignation and the probable imprisonment of his staff. Sad.

Fortunately for voters in Michigan’s fighting 11th District, brave hero Kerry Bentivolio was there to save the day. As the only Republican on the ballot in this heavily Republican district, Bentivolio will likely go to Congress by default. Also his opponent Syed Taj, in addition to being a damned dirty Democrat, is a (not-at-all secret) Muslim and a doctor. To many 11th District voters, Taj is basically an Obamacare death panel personified.

Bentivolio, when he’s not running a reindeer farm or trying to make children cry, is busy not attending League of Women Voter’s candidate forums. He had a prior engagment, you guys. To do important stuff or whatever. Like avoiding virtually all contact with the media and the 11th District GOP caucus.

Besides, where does it say in the Constitution that women are even allowed vote? No, not that watered-down second draft from 1920. The original version.

And that thing about making children cry is no joke. Once upon a time, Bentivolio was a public school science teacher/moocher/union thug who literally began the school year by telling his students that he fully intended to make them all cry.

Bentivolio figured that any teacher’s union bargaining for work rules that protect the job of an unhinged sadist like Kerry Bentivolio must be no good. That’s why he’s a Tea Party darling who thinks that unions are terrible in every way.

Wonketeers have been understandably worried about a Congress without Allen West and Michele Bachmann. It is a future almost too awful to imagine. Fear not. Even if that unholy fate were to befall this blog, Michigan has got your back. A Congressman Kerry Bentivolio should yield two years of bottomless unintentional comedy. [Freep]