Gabby Giffords Does Thing Better Than Other People Did Thing 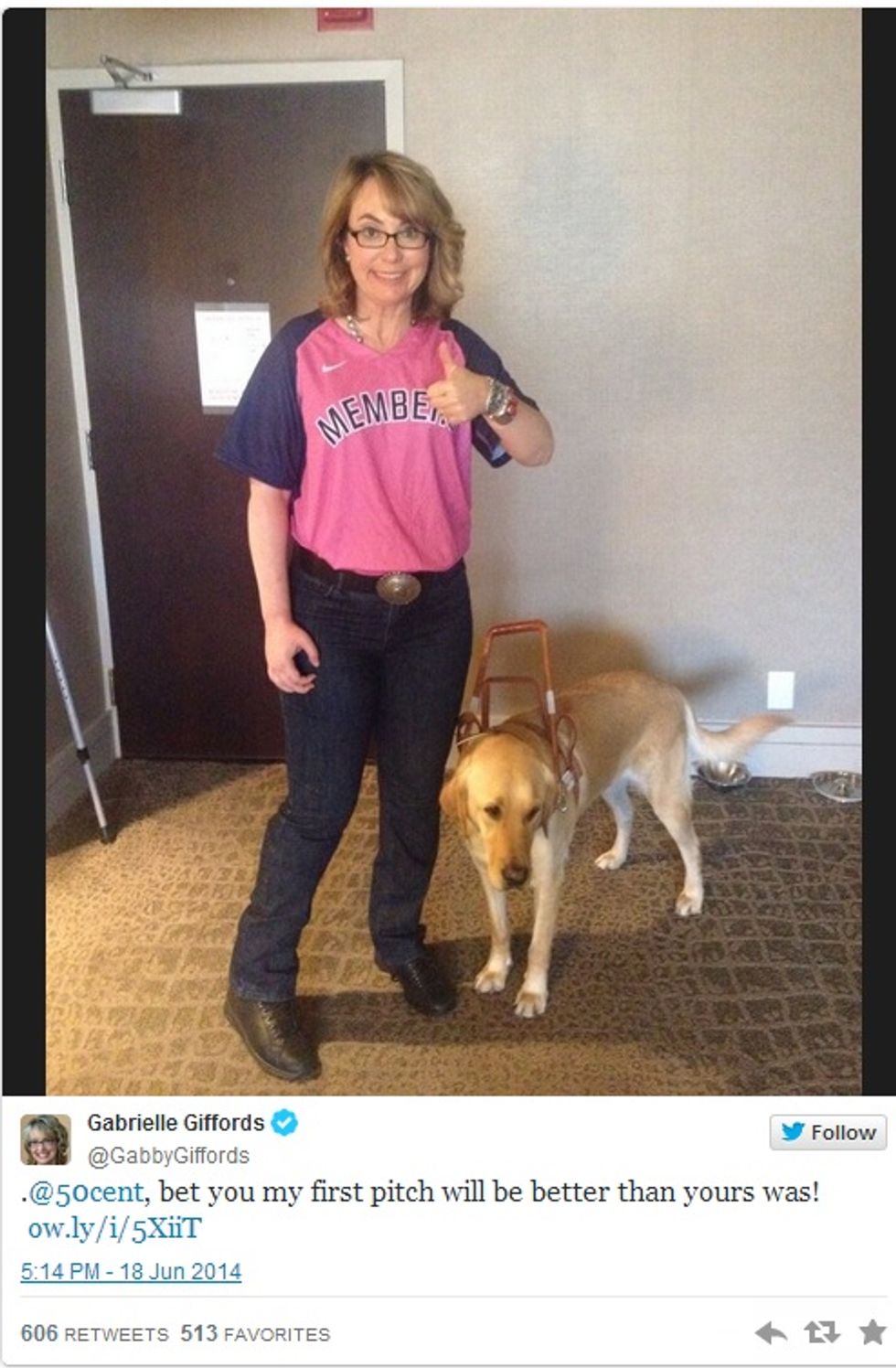 Former congresswoman Gabrielle Giffordsthrew out the first pitch for a charity softball game in Washington DC yesterday, and also taunted rapper 50 Cent on Twitter for the hell of it. Looks like someone is back on her game.

Giffords, who left Congress after being shot in the head in 2011, threw out the first pitch at the annual Congressional Women’s softball game, in which a bipartisan team of women in Congress play against women in the DC press corps to raise money for young women with breast cancer.

Giffords said Wednesday she was “honored” to return to the field to toss out the first pitch, having been a member of the first-ever Congressional Women’s Softball game ...

“Every year, this game is a shining example of how women leaders in Congress – Republicans and Democrats – can come together to take on the women of the Washington Press Corps and, most importantly, raise funds and awareness for young women with breast cancer,” Giffords said, MSNBC reported.

And then she tweeted a little taunt to 50 Cent. (Update: Actually, we could, and we've added it below) there's almost no way it could have been as epically bad as Mr. Cent's recent fail at a Mets game:

Incidentally, it's still perfectly legal to buy 30-round magazines for a Glock pistol in most of the country, but Gabby's working on that too.

Follow Doktor Zoom on Twitter. Wouldn't it be great if we didn't have a reason to have more inspiring stories about remarkable recoveries from gunshot wounds?