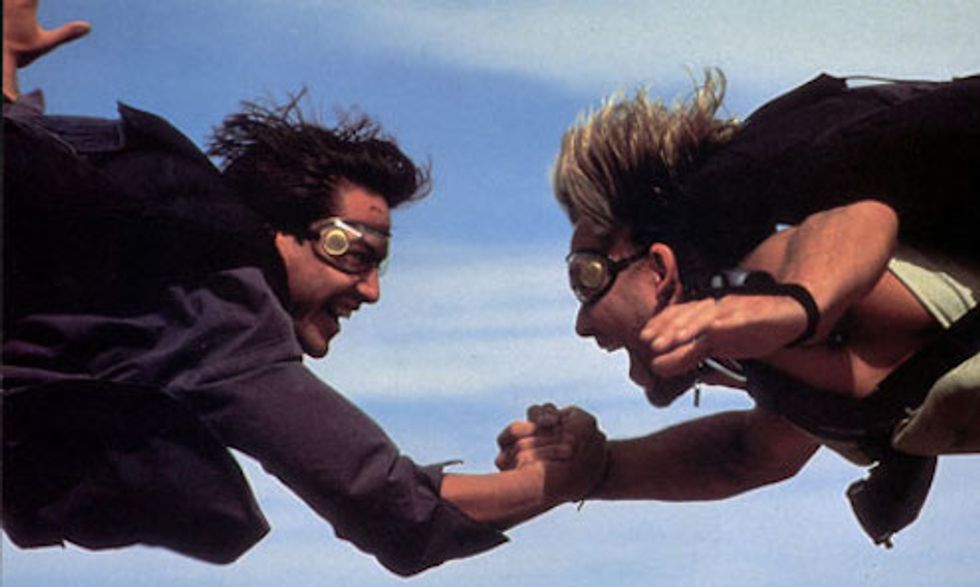 [Update: Previous version of the post stated Giffords was jumping tomorrow, but the jump was actually today, to be aired tomorrow.]

You know, if we survived a terrible mass shooting complete with massive damage to our bodies, we would probably take that as our ticket to just lie around the rest of our lives and demand that our special person bring us bon bons 24/7. But that is not what you do if you are Gabby Giffords, because Gabby Giffords is a bawse. Today is the third anniversary of the Tucson, Arizona, shooting that left 6 dead, 18 injured, and Giffords in critical condition, and today Giffords marked the occasion by jumping out of a goddamn plane.

"Today, Gabby Giffords is going to do something that is incredibly courageous and inspiring and a little bit surprising — she's going to sky-dive here in Arizona to commemorate the three-year anniversary and all of the progress that she’s made," TODAY's Savannah Guthrie said by phone Wednesday from Tucson.

"She is an incredibly brave person. She’s someone who used to love to sky-dive before this shooting took place. She hasn’t done it since."

Lest you forget, Giffords was shot IN THE HEAD. It took her months to learn how to speak, walk, read and write again. Do you remember when she decided to resign from Congress in 2012 because she needed to focus on rehabilitation? Did you watch the video of that resignation? Did you cry your face off when the whole House gave her a standing ovation? We did. Let's cry our faces off again for a moment, shall we?

Two years after that resignation, she is jumping out of a plane. She also has a pro-gun control group that is raising oodles of monies and this jump will probably serve to heighten awareness of that and probably make that group get even more monies! Cue so much wingnut butthurt about how Gabby Giffords is personally going to fly to their house in a spaceship piloted by her husband, astronaut Mark Kelly, and grab all their guns. Actually, now that we think of it, that would be AWESOME.

The only downside to this nice time is that you will have to drag your lazy self out of bed early enough in the morning tomorrow to watch the Today show so you can see the jump. You can do it. We have faith in you.