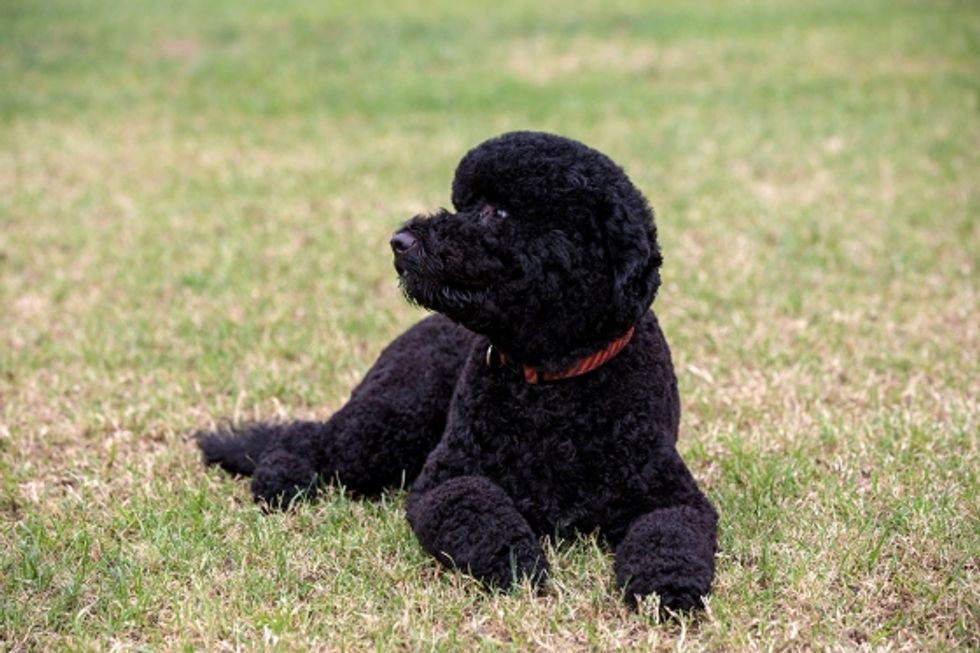 Washington Free Beacon writer Elizabeth Harrington is furious over the grave indecency of a fluffy housepet being a BAD GIRL and making pooeys all over the White House. Keenly aware the public had a right to know about Obama Dog #2's number twos, Harrington devoted a couple hundred words to this vitally important breach of Presidential decorum. Just look at First Lady Michelle OBUMMER's callous refusal to treat this issue with the seriousness it deserves:

“They have been very good dogs,” Obama said at a recent children’s event, the Hill reported. “I mean, Sunny can be naughty. Because you know what she does sometimes? She leaves the kitchen and she’ll sneak, and she’ll go poop on the other end of the White House.”

Harrington also tweeted about it!

Harrington makes special note of the fact that Sunny cost $2500 and her cousin is the favorite at this year's Westminster dog show, because those are clearly relevant factoids. Really, what the hell is such an elitist dog thinking, doing her doggy business in the house like a common mutt? What the hell does Sunny think she is, a fucking Labrador mix?

The only thing that could have made Harrington's garbage blog post any dumber is if she'd made an Obama Eats Dog joke. Too bad Carly Fiorina beat her to it.