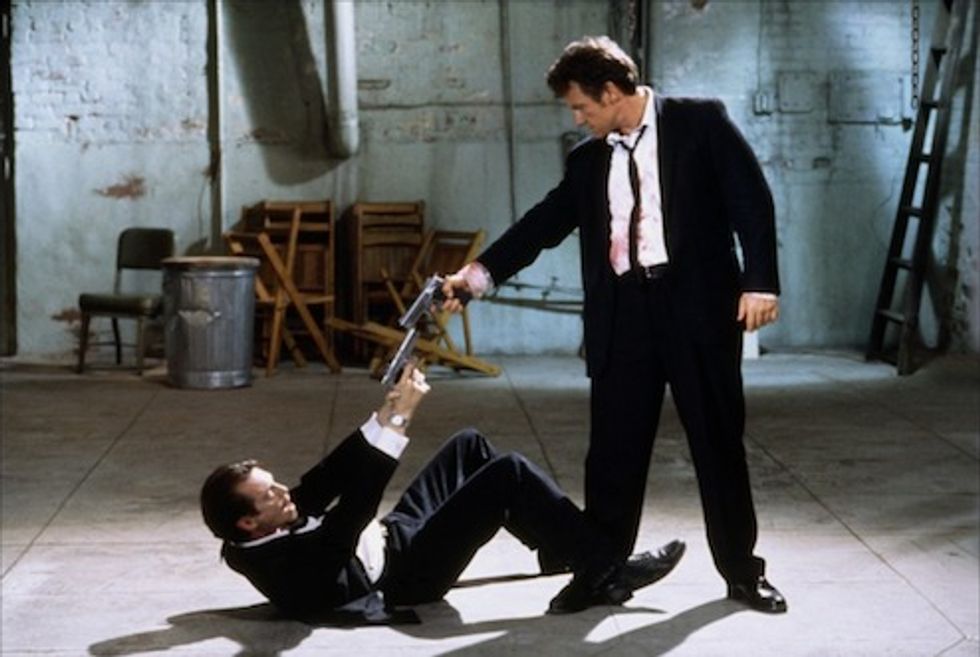 Last week, we cried real tears upon learning that Quentin Tarantino was taking his Hateful Eight toys and going home because someone leaked the script. This tantrum inspired Gawker's Defamer to solicit a copy of the script, which they promptly received and linked to because Defamer. Now Quentin is mad AND sad and is suing Gawker.

"Gawker Media has made a business of predatory journalism, violating people's rights to make a buck," says Tarantino's lawsuit, a copy of which was obtained by The Hollywood Reporter. "This time, they went too far. Rather than merely publishing a news story reporting that Plaintiff's screenplay may have been circulating in Hollywood without his permission, Gawker Media crossed the journalistic line by promoting itself to the public as the first source to read the entire Screenplay illegally."