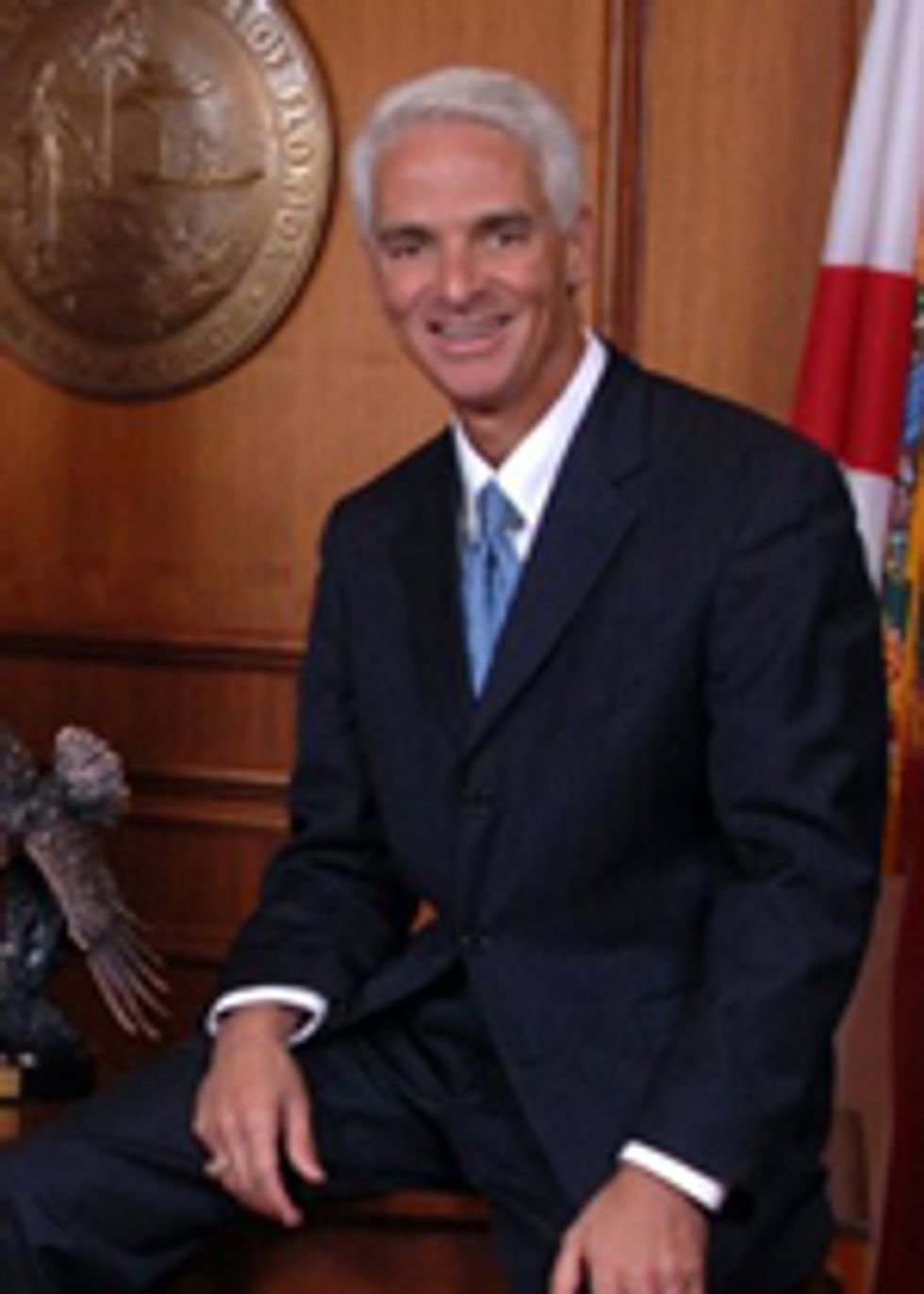 TheNew York Times Magazine's Deborah Solomon has a reputation for being very "forward" in her weekly interviews. Or sometimes it's just very unprepared, like that time she asked Stephen Colbert about his dad, and Colbert said his dad died in a plane crash when he was 10, and Solomon responded, "I'm so sorry. I had no idea." Ha ha, weird! She is terribly awkward, which made this Sunday's interview with Florida's secretly gay Governor Charlie Crist such a profound occasion.

They talk about dumb things for most of the interview. Nothing really "meaty." But just as you're thinking, "GODDAMNIT, DEBORAH, ASK HIM ABOUT THE SECRET GAY FUCKING, YOU FUCKING PHILISTINE," she asks, "Your personal life is not that of a typical Republican candidate. For starters, I hear you’re not a property owner." Now that is one clutch segue. How else is his personal life, say, different?

You were married nearly 30 years ago, but the marriage lasted less than a year. Do you prefer living alone? I got married and divorced because it didn’t work out. I haven’t found the right one since. It’s really that simple.

You can’t find one woman in all of Florida? Maybe I have. Stay tuned.

And then Crist's mother appeared in the interview room, knocked out Solomon, and repeatedly asked her son, "Why can't I meet this nice girl?" Crist said that his gal is very shy and does not like to be pressured so BACK OFF.

Is He The Ticket? [NYT Magazine]