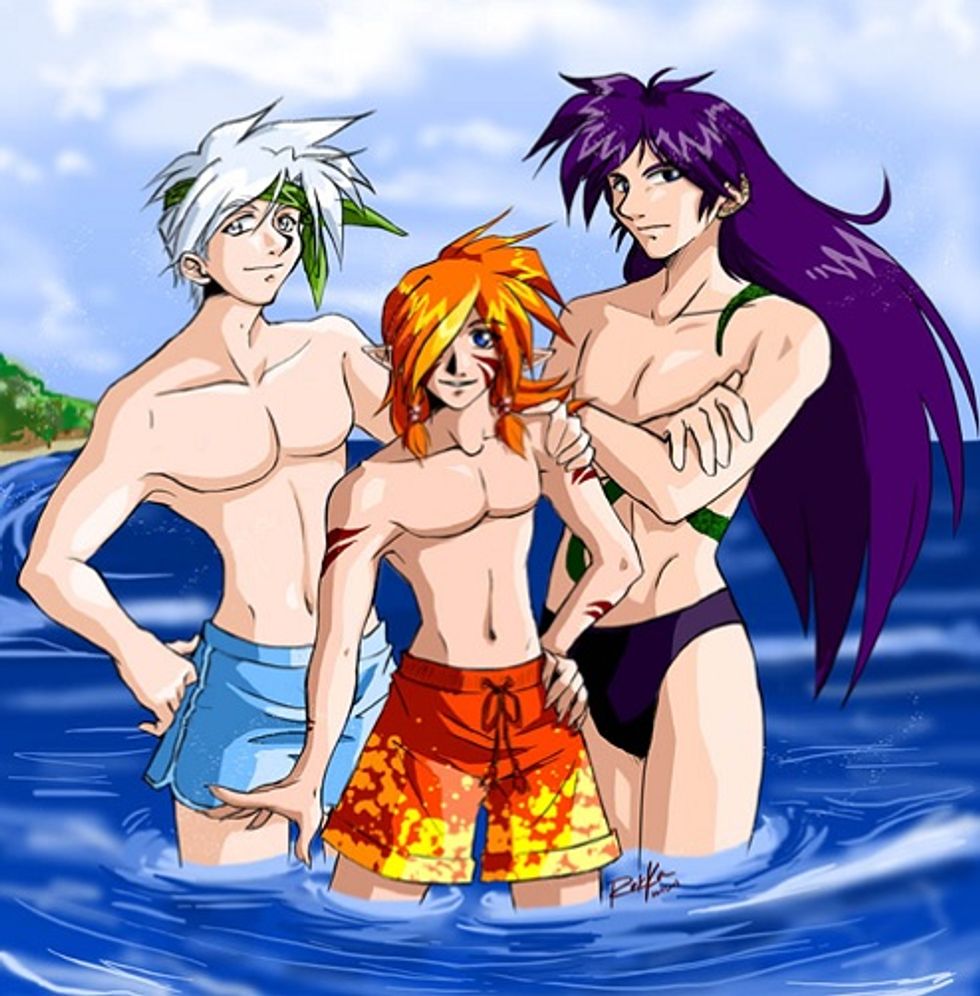 Pour out a 40 for the gay-hating county clerks of Kentucky, who are losing their brave battle to refuse to do their jobs in the name of Jesus. First up, we have Kim Davis, the clerk of Rowan County, who was told by a federal appeals court Wednesday that she really does have to issue marriage licenses, because that is the job of a county clerk. The U.S. Court of Appeals for the 6th Circuit was not at all impressed by Ms. Davis's contention that she can ignore her job duties because Jesus said to. The appeals court affirmed an earlier lower court decision requiring Davis to do her job:

As a county officeholder whose "duties include the issuance of marriage licenses," Davis' faith is not impacted, the court said, and there was "little or no likelihood" that she would succeed in her full appeal.

HuffPo notes that the 6th Circuit isn't exactly full of liberal squishes, seeing as how it was also the one appellate court that ruled against marriage equality in 2014, a really dumb decision that was only resolved by the very Obergefell v. Hodges Supreme Court decision that it now agrees settled the question. Which means, yes, county clerks really do have to issue marriage licenses, even in Kentucky. We're confident that, having been advised of what the law really is, Ms. Davis will see sense and start doing her job.

Our other gay-hating Kentucky clerk news comes from Casey County, where the county clerk is conveniently named Casey Davis (no relation to Kim, though he says she's a "sister in Christ"). Mr. Davis spouted a lot of Jesus stuff when Gov. Steve Beshear told him to do his job or resign, and now he's bravely vowing that he will never ever ever issue a marriage license to the Gays, even if the courts tell him he has to. In fact, he's willing to die for his sacred right to use his elected position as a platform to keep telling gay people they're headed straight to hell. We have a feeling that there may be some intermediate solution to Mr. Davis's problem, like maybe resigning his job if he can't do it, but apparently things work differently in Kentucky, where you must either deny Christ or die.

In an interview with West Virginia radio host Tom Roten Monday, Mr. Davis explained that elected officials have a higher duty to the Bible (which doesn't include a single word about elections) than to the Constitution or to state laws:

“When you stand for what’s right and when you tell someone of the danger that they are in, and I think that when a person lives a lifestyle of sin whether it’s homosexuality or drunkenness or drug addiction or adultery or thievery or any kind of sin that you continue in or live in, you are endangering yourself of spending eternity in Hell,” Davis said. “So in my view of what the Bible says, when you’re truly loving someone, you stand and you lovingly tell them, ‘This is not the way to Heaven, this is not the way of right.’”

Davis didn't elaborate on whether he had in the past denied county services to drunkards or adulterers, but if he had, we're certain Jesus would have his back on that. He also explained that the Supreme Court lacked the authority to overturn Kentucky's ban on same-sex marriage, because it was passed by a majority, and if there's one thing the Supreme Court can't do, it's to rule on the Constitutionality of a law that was passed by a state. He then explained his willingness to die for his unique view on the law, although we should perhaps note that Kentucky does not actually have a death penalty for refusal to do your job.

“If it takes it, I will go to jail over — if it takes my life, I will die for because I believe I owe that to the people that fought so I can have the freedom that I have. I owe that to them today, and you do, we all do. They fought and died so we could have this freedom and I’m going to fight and die for my kids and your kids can keep it.”

Davis then explained that the Bible is the ultimate law, because it just is:

"Where is Adam and Eve’s marriage license recorded at and who did they go get them issued by? I’ll tell you, God issued them, God ordained it,” Davis said. “Whether you believe in God or not, the Bible is where marriage came from, and it is where it will continue to come from regardless of what man says that it is. It will never be anything but between one man and one woman in the eyes of God, that’s what marriage is and someone else may label it as something else but it can never be anything except between one man and one woman.”

As RawStory notes, Mr. Davis appears to be suggesting that, according to the Bible, county clerks aren't even needed for marriages. We'd be good with that -- perhaps rather than being put to death, Davis could resign, so as to live in harmony with his principles. And then he could go find some adulterers to stone, as God commands.