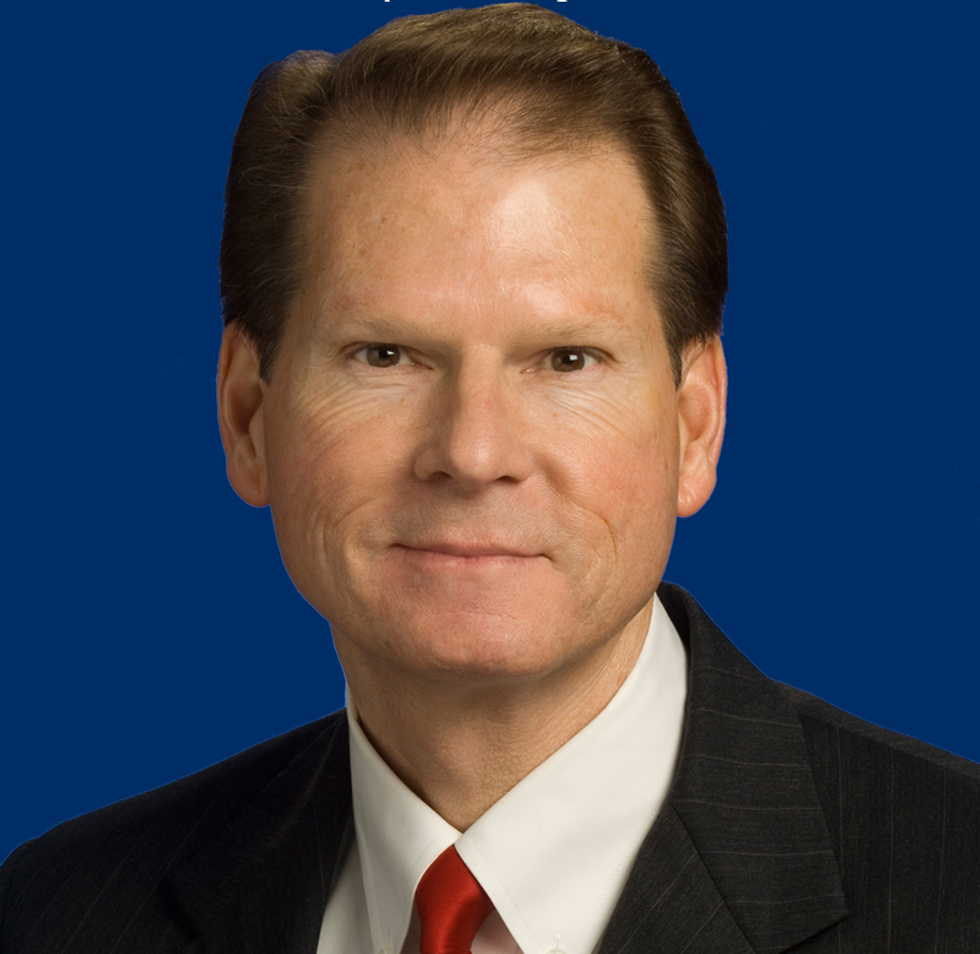 Joey Hensley is the dashing feller you see above. He is a doctor, a Tennessee state senator, a far right wingnut Christian, and he hates gays an awful lot, like so much that he was a big sponsor of Tennessee's infamous "Don't Say Gay" bill, what would have made it a crime for public school teachers to even say "gay." All good, so far, right? But we're telling you about this because he's being named in a divorce proceeding because DOCTOR SENATOR HENSLEY BEEN PLAYIN' DOCTOR WITH ONE OF HIS PATIENTS' HOO-HOO-NANNIES, AND THAT PATIENT IS ALSO A GROWN ADULT MEMBER OF HIS FAMILY! Yes, that's right! Lori Barber is getting divorced from her traditional heterosexual husband Don, and Dr. Sen. Hensley was called to testify about whether he mounted his second cousin Lori like Rocky Top! Family values! Let's judge gays!

Here is the Nashville Scene, being all poetic about it:

A doctor and his younger nurse fall in love. They continue their torrid affair even after his ex-wife tips off the nurse’s husband, a local politician, to the salacious goings-on. As the divorce moves forward, discovery turns up that the nurse is not just the doctor’s employee and his lover, but his patient, with a predilection for pain pills. And, oh, she’s his second cousin, too.

You know the old Tennessee saying, "If you can't keep it in your pants, keep it in the family, BUT KEEP IT OUT OF ANOTHER GUY'S B-HOLE."

...[A]ccording to the sworn testimony of both [Hohenwald, Tennessee, Vice Mayor Don Barber and his soon to be ex-wife Lori], Hensley has been having an affair with Lori since 2014. Lori, 48, is a part-time nurse in Hensley’s medical practice in Lewis County ...

And the Nashville Scene adds again, for emphasis, JOEY HENSLEY AND LORI BARBER ARE SECOND COUSINS. Like they always say at Tennessee family reunions, "Reckon you might meet a nice lady here, BUT NOT A NICE FELLA BECAUSE THAT'S GROSS."

Anyway, so much drama. Apparently Hensley's ex-wife Gina was the one who alerted Don Barber to how his wife was banging Joey Hensley, probably at the Thanksgiving dinner table or something. As to how Lori Barber is the doctor/senator's patient too (he prescribed her Lortab and injected her with Botox, which is a very sensual experience we guess), he says he's not violating any so-called "ethics rules" by treating a family member into whom he was also injecting his penis, because here's why:

"I’ve been practicing 30 years,” says Hensley. “I have thousands of patients. It’s a small town, and I have a lot of family. A lot of family. Cousins, uncles, aunts. … And I don’t treat anyone any different.”

WHOA SLOW DOWN BUBBA, that is intense even for Tennessee! Stop banging your aunts and uncles after you give them Botox, ALLEGEDLY ACCORDING TO YOURSELF.

Just kidding, the good gay-hatin' doctor senator probably did not mean that.

Also, the Nashville Scene alerts us to the fact that Dr. Sen. Hensley has been divorced FOUR WHOLE TIMES, and his most recent ex-wife had to get a restraining order against him because he kept hitting her with his car. He likes long walks on the beach, eating Funyuns in bed, diddle-banging his family apparently, and when he goes to work in the Tennessee lege these days, he's been enjoying the following activities:

This session, Hensley is sponsoring a bill from the Tennessee Family Action Council that would make children created using donor sperm illegitimate — an attempt to make it harder for gay and lesbian parents to establish paternity. He is also a sponsor of the so-called “Milo Bill,” aimed at liberal practices on college campuses.

Say it with us: HE SEEMS NICE!

Anyway, fuck those groddy homos, though, we should really do something about them.

BAD IDEA: Diddle-banging your family after you give them Botox. GOOD IDEA: Giving yr Wonkette a donation for telling you this story!