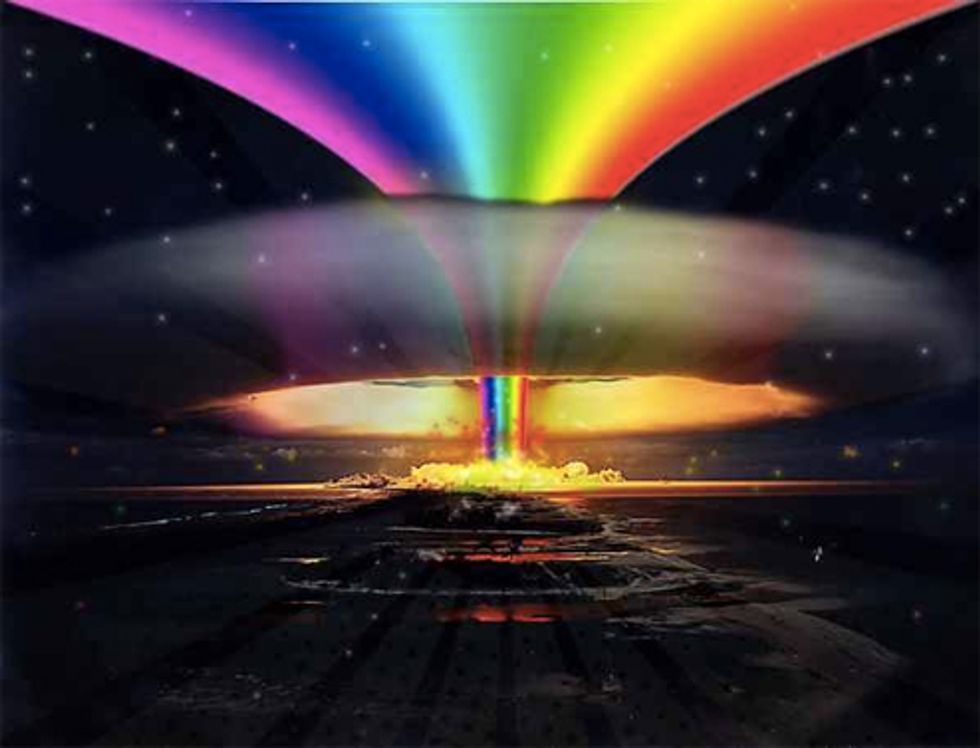 The Supreme Court is sick and tired of your whining, red states, and does not even want to hear you cry about gay marriage anymore. The justices already told you your dumb marriage bans are dumb, and what part of "IT'S THE 21ST CENTURY, GET OVER IT ALREADY!!!" do you not understand?

But Christ on a wafer if you cannot just let it go, so now the Supremes have to tell you again that no one gives a crap about how gay marriage hurts your feelings. No, they do not want to hear your dumb arguments. No, they do not want to listen to your crybaby tears. Jeez, they do not even want to waste their breaths telling their clerks to write a bunch of words telling you to stop it already. They are just, like, "Nope. Don't even talk to the hand. Just go away."

[T]he Court denied review of all seven of the petitions arising from challenges to state bans on same-sex marriage. This means that the lower-court decisions striking down bans in Indiana, Wisconsin, Utah, Oklahoma, and Virginia should go into effect shortly, clearing the way for same-sex marriages in those states and any other state with similar bans in those circuits.

That means Oklahoma's Gov. Mary Fallin can go back to having all the sads, and the Utah wingnuts who were hunger-striking to end gay marriage may as well go ahead and choke down a corndog because it's not gonna happen. As for Virginia's "hunger strike," during which they did not have to "hunger" or "strike," well, maybe they shoulda tried hunger-striking for real because that might have worked better. Except not. See, for example, Utah.

Meanwhile, Wisconsin's Attorney General J.B. Van Hollen, who seems like a really nice fellow, is going to need a Plan B because his vague threats of doing Legal Stuff to clerks who issued marriage licenses to gay couples is obviously not going to work. And as for you, Indiana, you can enjoy your gay weddings and your atheist weddings too.

Mazel tov to all the The Gays out there who will be storming the clerks' offices and demanding their pieces of paper to undermine the sanctity of God, America, and Newt Gingrich's three marriages. Please let us know where you're registered, so we can send you a big ol' gay-wedding-cake cake plate.