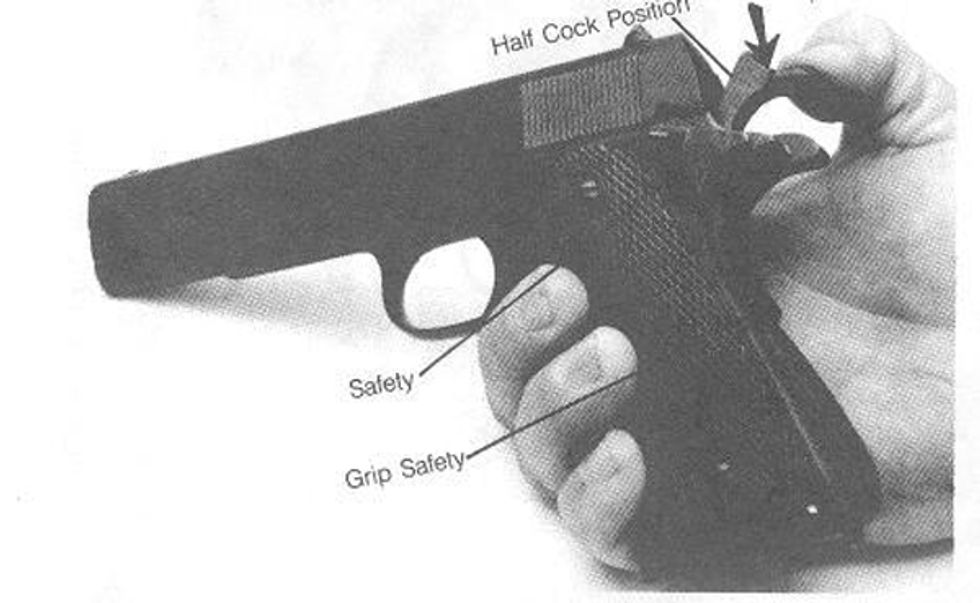 A Second Amendment Hero in Sioux Falls, South Dakota, accidentally shot himself in the peen earlier this month, then lied to police about the negligent discharge, initially claiming that he had been injured in the aforementioned naughtybits by "a black guy" who tried to rob him while he was taking out his garbage.

Donald Anthony Watson was admitted to the Avera McKennan emergency room about 1:30 a.m. Sept. 6 for a gunshot wound to his penis, according to an arrest affidavit [...]

Officers went to Watson’s apartment in the 1500 block of East Nye Street to look for evidence and witnesses to corroborate Watson’s story. No evidence of a shooting was found near the dumpster. A witness told officers he heard screams of pain coming from Watson’s apartment about 1 a.m. that morning.

A search warrant was served on Watson’s house because of the conflicting stories. Officers found what appeared to be bullet fragments on Watson’s bed, court records show. An empty gun case was found. Officers weren’t able to locate the firearm.

While the FBI does not keep statistics on pecker-shooting incidents, this is at least the second such injury covered (tastefully) by Yr Wonkette since 2013.

While he was waiting for surgery, the cops asked Watson what really happened, and he explained that he had actually shot his own Roger Wilco while examining a gun he wished to purchase, and also could they please please stop asking questions and let the doctors sew up his dick? Please?

Yr Wonkette is already imagining how this scene would be played by Dominic West and Wendell Pierce as Detectives Jimmy McNulty and "Bunk" Moreland in the celebrated television series "The Wire." While the real Mr. Watson is 43, this seems the sort of thing that would happen to Ziggy Sobotka from Season Two, don't you think?

Two days after the surgery, police officers, no doubt having a difficult time keeping straight faces, interviewed Mr. Watson a third time, during which he explained that while looking at the firearm, he put it in his pocket and it went off, which must have answered any questions he may have had about the trigger's sensitivity. Watson refused to say who the prospective seller was or what ultimately became of the weapon. It was not clear from the Argus Leader's reporting whether Watson was protecting the seller's identity or attempting to limit just how many people would ultimately laugh at him because of his unlucky shot in the dork.

Yr Wonkette is hoping to pitch a reality show starring Mr. Watson and Ashley Castaneda, of Waco, Texas, the woman arrested with a loaded small-caliber pistol concealed in her ladyparts a couple weeks back. Happily, in that incident, Castaneda did not experience a vaginal discharge.

It is believed that Watson is at high risk of re-offending, since it seems unlikely that he will ever be happy to see anyone again.