George Allen Going To Bring His Football Back To the Senate, Macacas 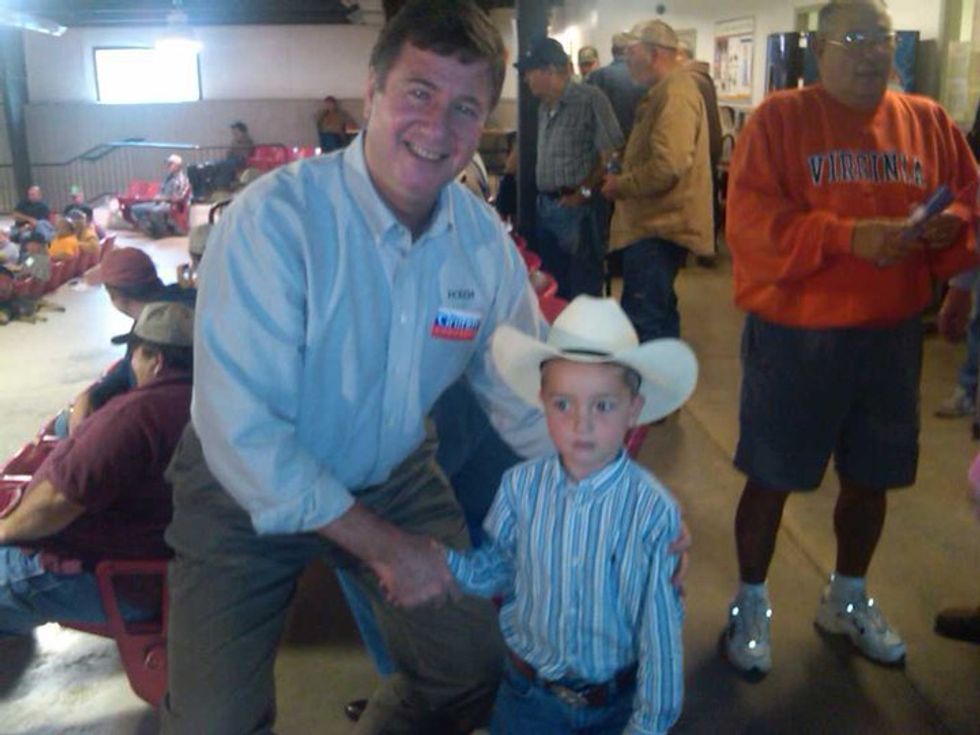 Virginia's George Allen may be the most brilliant legislator to ever play with a football on the Senate floor, but unfortunately, he also likes to use old-timey racial slurs of which nobody has ever heard, so he was defeated in 2006 for saying "macaca" on YouTube. It was an important moment in American history, according to what all the pundits said at the time, because it was the first time voters elected an Internet meme to Congress. But now George Allen isplanning to run in a 2012 rematch against Jim Webb. And he has even joined this "social media" thing that once destroyed him!

POLITICO has learned that Allen, the Republican who was ousted from his seat in 2006 by now-Democratic Sen. Jim Webb, recently huddled with National Republican Senatorial Committee Chairman John Cornyn to discuss a prospective bid. He is also burnishing his profile through a series of public events, spreading cash through his political action committee and has even launched a Facebook page.

Oooh, he "huddled!" That's a football thing! He will be fine if he continues to trick himself into thinking every part of the political process is exactly like a football game, correct?

Dan Allen, a George Allen adviser, said the Republican was "fully focused on this year's elections in Virginia and once the races are wrapped up he'll start to turn his attention to the future and what his role would be."

We love how even a guy who hasn't had a job in four years is allowed to say he's just focused on this election, like he is the man in charge of making sure Republicans win the midterms or something. "I'M GEORGE ALLEN, AND I HAVE A VERY IMPORTANT JOB, AND THAT JOB IS STANDING BEHIND MARCO RUBIO AS AN APPLAUDING MEMBER OF THE CROWD."

Allen may face Eric Cantor in 2012, because that would be hilarious. Which goon do you want, Virginia? Those are such good candidates! It wouldn't be harder to choose if Jesus Himself was in the race.

Let's take a look at this social media presence. As you can see, mostly George Allen concerns himself with "picking" sporting events.

His blog is approximately half sport predictions and half reminiscing about things he did in office 15 years ago. It's pretty sad. But George Allen seems very excited about it! So excited he could yell a racist epithet at a college kid! So good for him, we guess.

George Allen also has his own YouTube account, despite whatever lingering resentment he may have for his life being ruined by that site. According to the account, he's only 26 years old. Wow, George! That makes you pretty hip, but that's not old enough to run for the Senate.

The videos are pretty boring, but YouTube continues to hate Allen, because it gives him the worst screen caps for his videos, as you can see.

And he has a book out called What Washington Can Learn From the World of Sports. Yes, that's the change we need in Washington. GEORGE ALLEN 2012: DOUBLE MACACAS. [Politico/Twitter/YouTube]