George Michael's Sexiest Organ Was HIS BRAIN (We Are Guessing, We Never Saw His Dick) 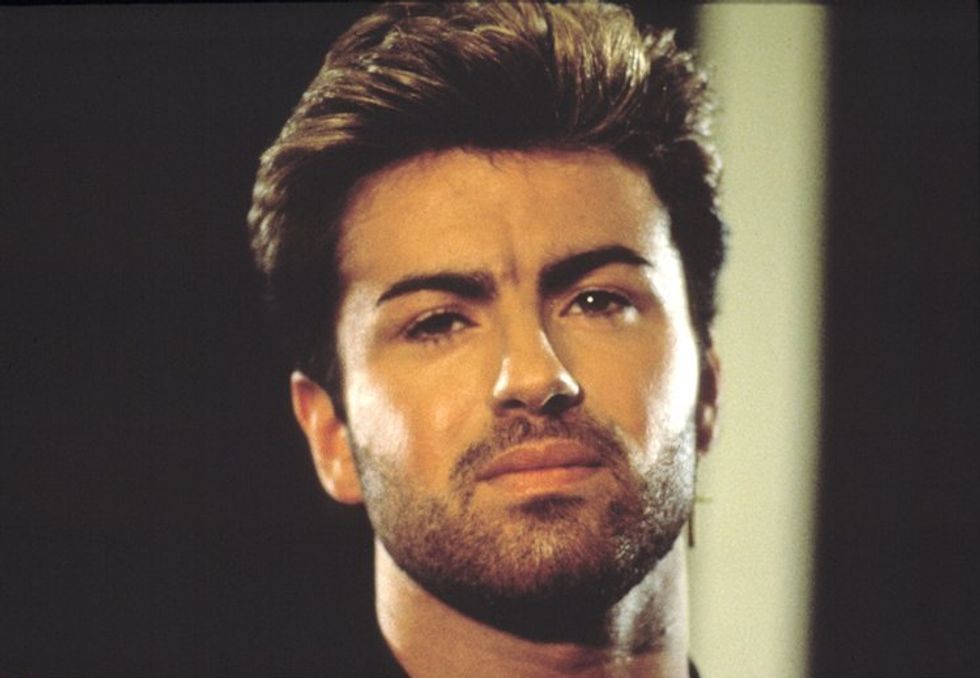 Let's make one thing clear: 2016 did not kill George Michael. George Michael rode George Michael hard, and put him away wet, and most rock stars don't live forever,Mick Jagger marrying his own great grandchild notwithstanding. But me frowning on your simplistic keening about a sentient year that goes around murdering fabulous celebrities doesn't mean George Michael wasn't fucking rad, or that we shouldn't have a post about how awesome and gay he was, before being gay was even a thing you could do out loud and all the hungry schoolgirls boy were THEY barking up the wrong tree even though we really should have known by the lipstick, which was a very frosty pink.

"Wham Rap" was the first song our cohort ever liked ironically, making "I'm way too cool for this song" faces as we choreographed our aerobics routines to it for PE.

And then, shortly thereafter, George Michael was GAY AS ALL GET OUT, and everything was changing all the time. AIDS was constant and terrifying, and George Michael was a butt of constant jokes -- a "pervert" and "a poof" as he thanked Rupert Murdoch's papers for continually noting. But whether it was finally being allowed to be himself, or just getting older, George Michael became deeper and better and sexier no matter your gender. In addition to being as pretty as could be, and making some serious fuckmusic, he was ... funny? And self-deprecating? And holy shit did you see how great that was, the best? Here he is on Ricky Gervais's Extras; I remembered this scene as him actually diving into the bushes looking for anonymous cock, but no, he merely strolls away ...

... having left behind only a joint and a kebab.

He never apologized for getting arrested trawling for dick. He never accepted the shame people tried to lay on him. He just jumped in the bushes, or walked out of frame. There wasn't much time, for more fucking.