George Takei Had Lunch With Trump And All He Got Was This Stupid ... No, That's It. 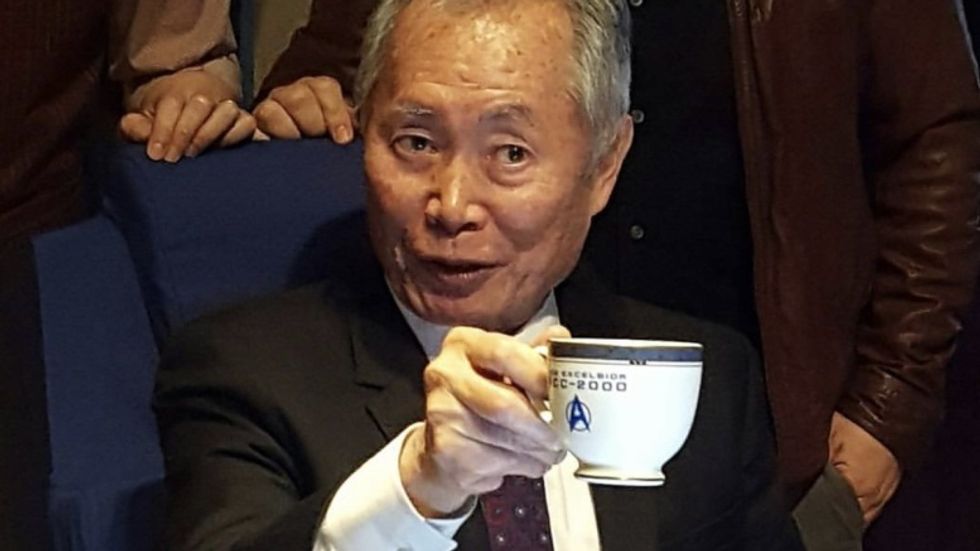 Christine Rideout of Trekmovie.com snagged an interview with George Takei at the Japanese American Museum's opening of an exhibit about his career, and he shared this little story about trying to meet Donald Trump to talk to him about equal rights for all Americans. Not surprisingly, it ends up with Trump framing everything through his own experience with The Gays:

We were doing a press conference to promote the show [that's Takei's Broadway musical about the internment camps, Allegiance -- Dok Zoom]. I knew Donald Trump had a position against marriage equality. That was an issue that I had been campaigning on. So with all the press there I thought I would get him on record. As a press conference was winding down I said, “Mr. Trump, I’d like to host you to lunch so that we can discuss marriage equality,” fully expecting him to demur, perhaps saying he had a full schedule and didn’t have the time. But, he surprised me. He said, “That might be interesting. I might learn something from you. So yeah, you’re on. Have your people call my people.” It took a long time, about three months, but we finally had that lunch. The first thing he said to me was, “You know what, George? I went to a friend’s gay wedding. It was beautiful. You gays do everything with such good taste.” [laughs] “You gays.”

Sadly, there wasn't any follow-up in the article. Tell us more about that meeting, George!