George Takei Takes One For The Team, Has Greatest, Classiest Lunch With Donald Trump 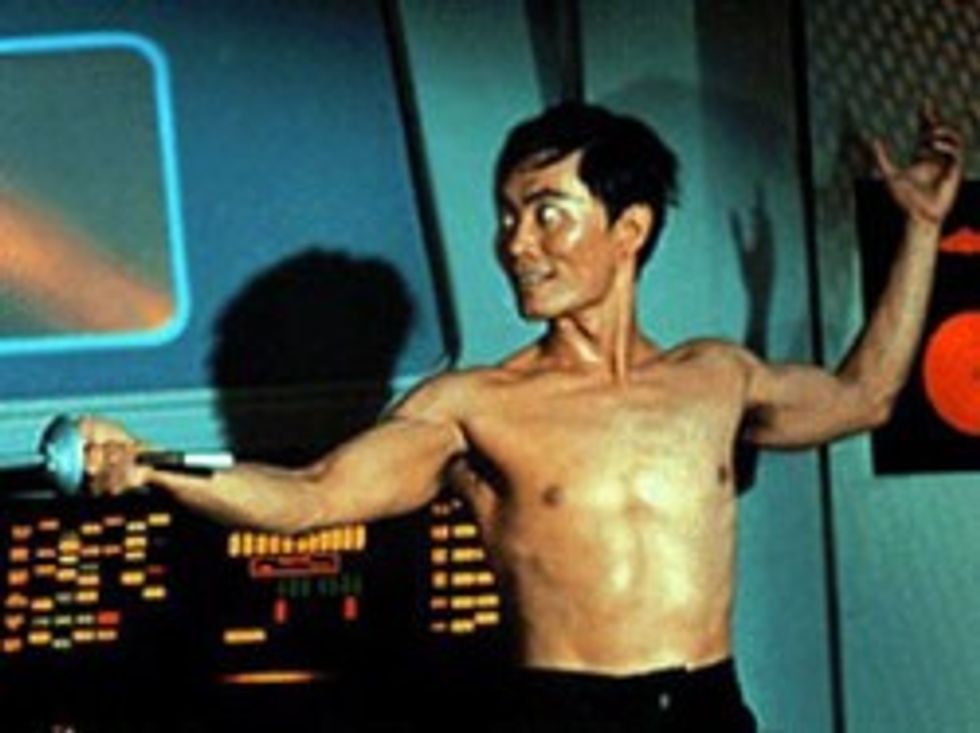 Inventor of Facebook George Takei went where no man should have to go: The Trump Tower Grill at the Trump Tower in New Trump City on the planet Trearth -- the greatest and classiest of all the planets! He went to this place with Donald Trump.

Anyhoo, the BIGGEST YOOGEST CLASSIEST news is that Donald Trump went to a gay wedding and thought it was "beautiful," and also he so yearns to have Hollywood liberals like George Takei think he is the greatest, classiest guy, so probably he will love gay marriage now.

Congratulations, gays, you just got the approval of Donald Trump for your wedding present maybe! Looks like someone went off-registry.