George Takei Was On The Colbert Report. Shut Up And Watch It (Video) 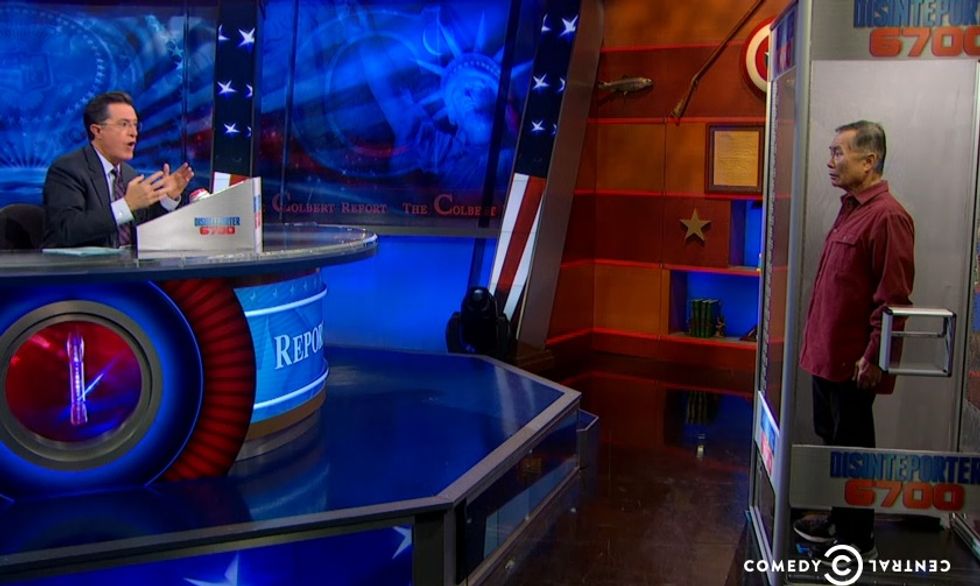 Stephen Colbert is one hella big fan of the old Star Wars television series -- or as aficionados call themselves, a "Starry." And so here he is, getting his nerd on with a suggestion to reform our midterm elections with an idea from Season 1, Episode 23, "A Taste of Armageddon," in which Captain Jack Harkness and the crew of the Galactica travel to Eminiar VII. a planet where the messy, costly business of war has been handed over to computers, which launch simulated "attacks," and then the people designated as casualties just go to disintegration booths while the economy and infrastructure remain unharmed, apart from the loss of life and the hideous embarrassing costumes. Why not do the same with midterm elections? "Nobody wants them to happen, they're costing a ton of money, and I'm pretty sure Louie Gohmert is Ferengi."

Mostly it's an excuse to have George Takei urge you to vote. So watch the video, and if you're reading Wonkette, we don't need to remind you to vote, do we? We'd better not have to. We'll come lookin' for you.