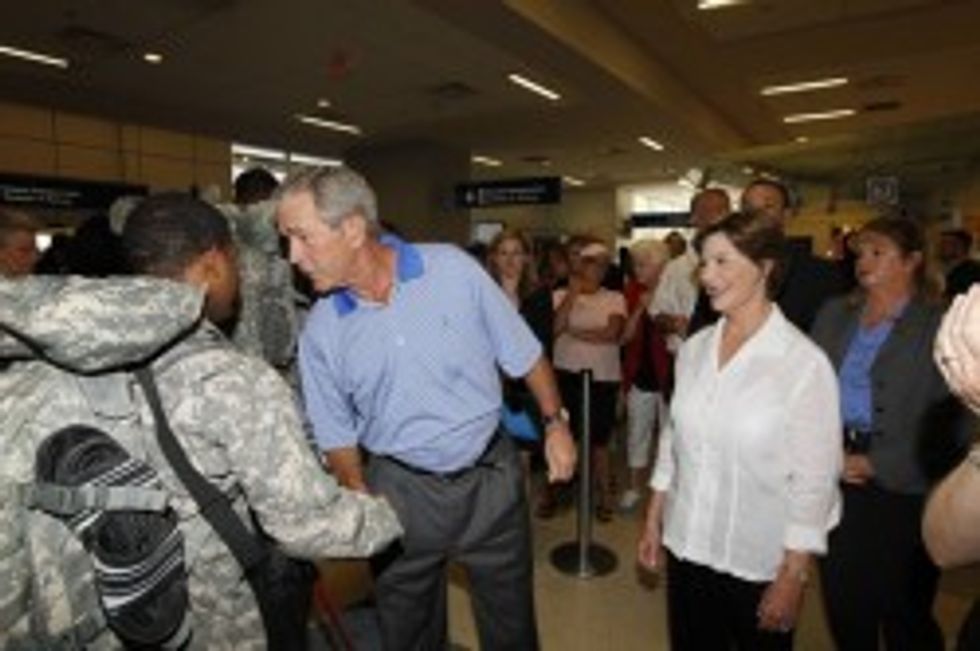 We are fairly certain that George W. Bush is currentlytouching stuff in Haiti, but new photos have surfaced that suggest maybe he is also still in Texas shaking hands with troops returning from war, via CNN Hologram. Isn't it special that George Bush is willing to touch other people, even though he hates it so much?

Above we see our former President trying as hard as he can to smile as he reluctantly shakes hands with this solider lady, who is probably covered from the waist up in Iraqi sewage. It's a convincing performance, but notice Bush's other arm, the one that is sewage-free. Is he reaching for the comfort of Laura's sterile breast? No, this is actually sign language for, "Hand me the Swiffer por favor!" But Laura accidentally left the Swiffer in the car -- because she is a terrible wife -- and now Mr. Bush will just have to stick it out and try not to barf everywhere.

Bush, being a naturally classy guy, swallowed his vomit like a man. And America salutes him for this, on Facebook:

Yes, this is the kind of selfless heroism John Kennedy's ghostwriter described in that famous book about courage, America by Heart. [The Corner/Facebook]