George W. Bush Will Paint You Like One Of His French Girls 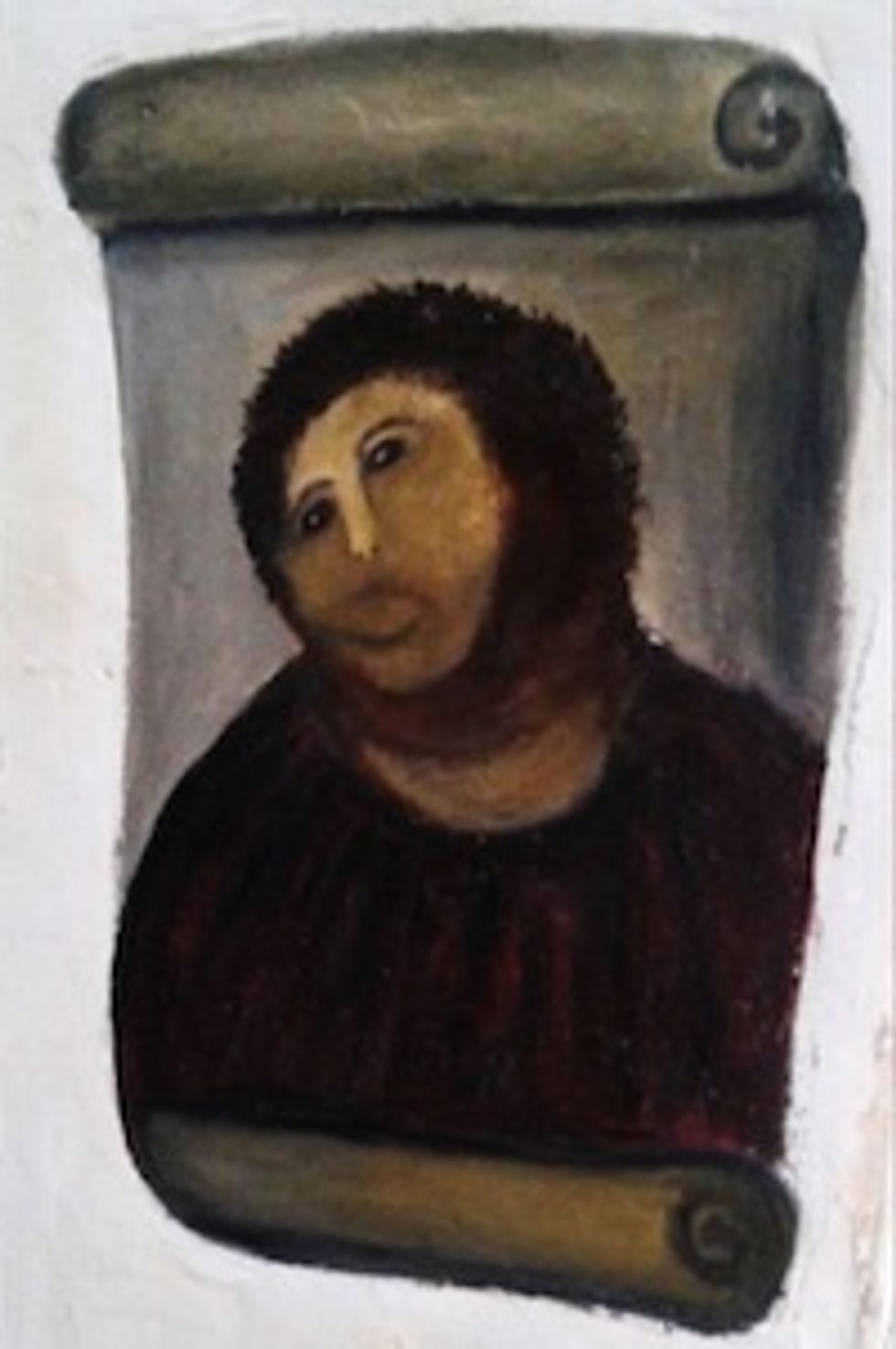 Less than ten years ago, President George W. "W." Bush was pulling down Saddam Hussein statues and landing Mission Accomplished jets on things. Now, according to a new profile, he spends his time painting pictures of puppies.

Bush has started painting, mostly portraits of dogs and arid Texas landscapes, according to New York Magazine. The 43rd president has plenty of material: He owns a 1,583-acre ranch near Crawford, Texas, and two Scottish Terriers, Barney and Miss Beazley.

Well, no wonder he's painting the dogs — what else can you do with a terrier named Miss Beazley? Teddy Roosevelt never painted anything, probably because Baron Spreckle the hen and Fighting Bob Evans the guinea pig would have punched him square in the mustaches.

Much of the New York profile focuses on other members of the Bush brood, mostly Jeb, and how sad he is to have had his ambitions wrecked by a gigazmo deficit and two wars with his last name stamped on them:

Thanks, however, are in order for the underappreciated Politico scribe who read it for us, because it is Very Long, and spends quite a while on Jeb's "aquiline nose" and how his mom has jowls, and who can be reading all that when there are enthralling stories to be absorbed about Paul Ryan washing dishes.

The rest of the piece, our smarter friends tell us, looks at how Jeb is so clever for not going out of his mind during the tea party invasion:

If you took Jeb Bush at face value, it might look as if he were throwing in the towel on American politics. “Here’s what I heard him say,” says a former official in Bush 43’s White House. “ ‘Fuck this.’ That’s what I heard. ‘This has gotten ­crazy, and I don’t want any part of this.’ ”

Ah! A reasonable fellow! If you ignore that Terri Schaivo thing, a mostly reasonable fellow! Thank goodness this hero has been saying "Fuck this" very quietly while maniacs charged into Washington waving "Don't Tread On Me" flags and before they proceeded to tread on anything they could get their treaders near, because liberty.

Anyway, obviously the most important part of the piece is that W. is getting "increasingly agoraphobic," but that we should still keep an eye out for his beautiful art in a flag-draped gallery somewhere, hanging between a Jon McNaughton painting and an effigy of Osama bin Laden, whom Mitt Romney killed.