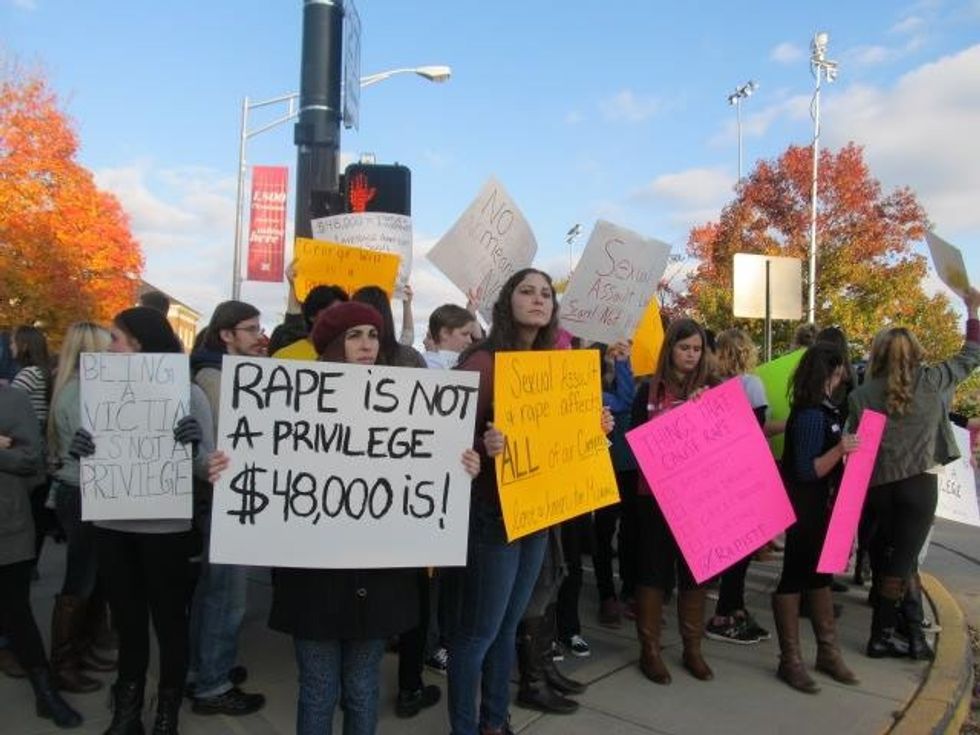 George Will advanced the frontiers of Republican classifications of rape during a Wednesday appearance at Miami University, finding a whole new kind of rape that can be added to Legitimate Rape,God Gave You the Precious Gift of a Baby Rape, and Forcible Rape.

Deftly sidestepping all the technicalities and fine distinctions of those other efforts, Mr. Will, in answer to a question from a rape victim, said that he's entirely in favor of supporting "real survivors of real rape," which for some reason those touchy campus feminists are all upset about. Will has become a top expert on how much women whine about rape, which isn't especially real, since he said in June that college women really groove on having the "coveted status" of being a rape victim; more recently, Will has complained that Big Government should just keep its Big Nose out of "sex on campus," which is apparently all rape is.

Will received a $48,000 payment from a private donor to speak at Miami University; his appearance was protested by students from the Women's Studies program. Following the talk, a student asked him if he thought it was even worth blowing money on help for rape victims:

One sexual assault survivor who attended Will's speech spoke anonymously with local NBC station WLWT about a question she put to Will about the cost of treating rape.

"He replied in a series of non-finished sentences at which point I said, 'I have specifically received treatment and is it worth it?' and he said, 'Yes, it is, but only for real survivors of real rape,' and it was very diminishing and deterring my ability to talk about it[.]"

There were no cameras allowed during the question period of Will's talk, but HuffPo found a tweet from another attendee who summarized Will's point:

It truly is inspiring that intellectual conservative thought leaderers like George Will have given so much thought to the fine gradations between real rape survivors, who deserve help once they've been thoroughly interrogated and shown to be actual victims, and all those tramps who just hook up with boys and then cry "rape" when they realize that they are sluts.