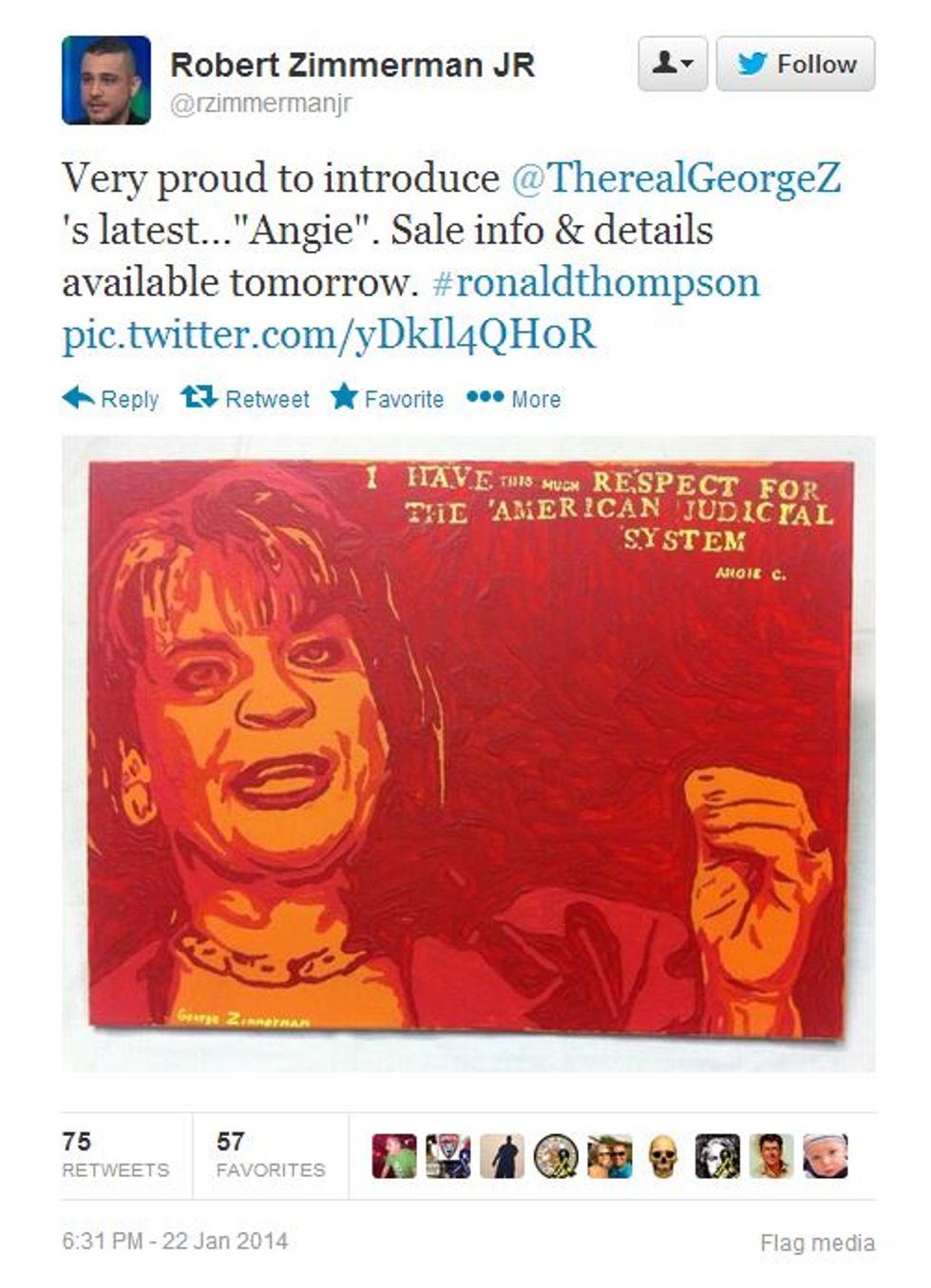 Who is the most famous contemporary American artist? It’s debatable, but probably George Zimmerman. We are being serious. Jesus fudge, we really are. Prolific, too!Here is his latest: a monochrome horror smear of Angela Corey, the Florida prosecutor who had the nerve to charge the nascent artist with murder even though it was legal to kill Trayvon Martin because there were no witnesses. The thing has words on it, about the American judicial system, and how this lady does not respect it. It's a tour de force of ironic juxtaposition, as well as a turgid commentary on intellectual property and postmodernism, as evinced by its potent use of the Shepard Fairey Hope Generator.

Zimmerman’s first foray into painting stuff he finds on Google image search sold for $100,099.99. That is roughly $100,089.99 more than he would have earned for the same painting in a hypothetical universe in which he never shot Trayvon Martin in the heart, according to Wonkette's in-house experts on the market for embarrassing garbage art by talentless brazen shitty dumbfuck asshole child killers.

Sure, you can respect, say, Jeff Koons for working hard and being imaginative and marketing himself intelligently, but let's be real. It's way, way easier to just shoot a black kid.

Most of Europe bars the sale of Nazi artifacts. Can America please ban George Zimmerman from having hands, to paint with? He can still paint with his feet, as long as we are allowed to watch.