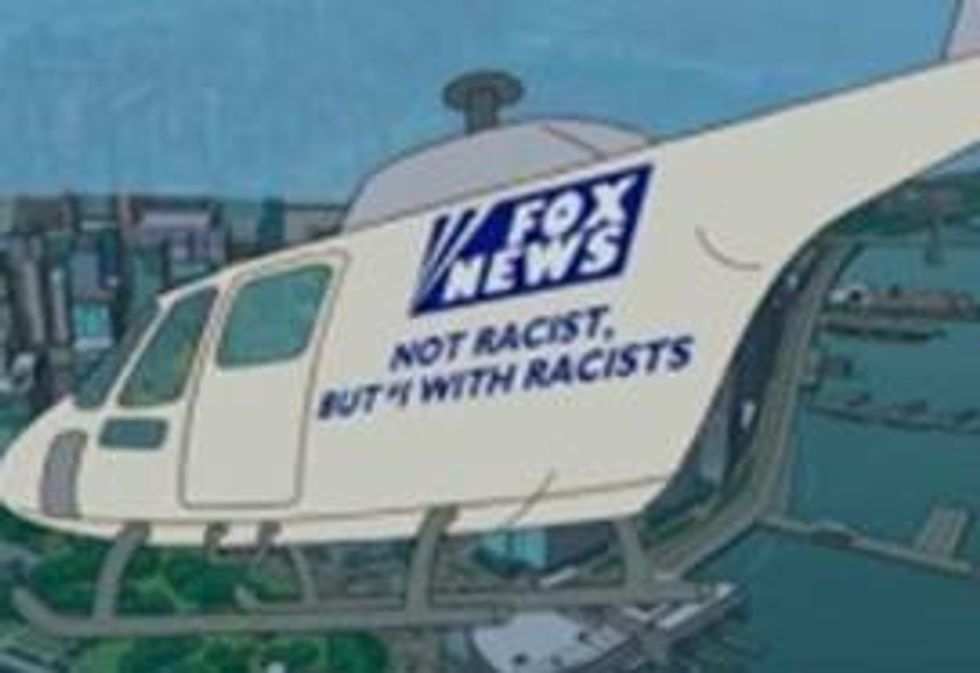 Shortly after Barack Obamaspoke Friday about the Trayvon Martin killing, Fox News anchor creature Jamie Colby interviewed George Zimmerman's brother, Robert, and tried her hardest to goad him into making one of his trademark wackaloon remarks about race facts or how maybe Trayvon was trying to buy guns and pot the night he died. Instead, Colby seems to have encountered a Robert Zimmerman who we'll suspect has gotten a talking-to, maybe from a media consultant, because while there are hints of the clueless dickery we've come to expect from this guy, he mostly managed to resist Colby's repeated attempts to get him to say something outrageous. Or maybe Colby just called the wrong Robert Zimmerman, and the guy she was talking to was about to launch into "Subterranean Homesick Blues."

Lord knows Colby tries, she really does, right from the get-go. Were you surprised? Isn't it shocking that "with everything else going on in the world" the President somehow thought the American people would want to hear him talk about this insignificant local news story that Fox News has been covering so obsessively that we had you on speed-dial, Robert Zimmerman?