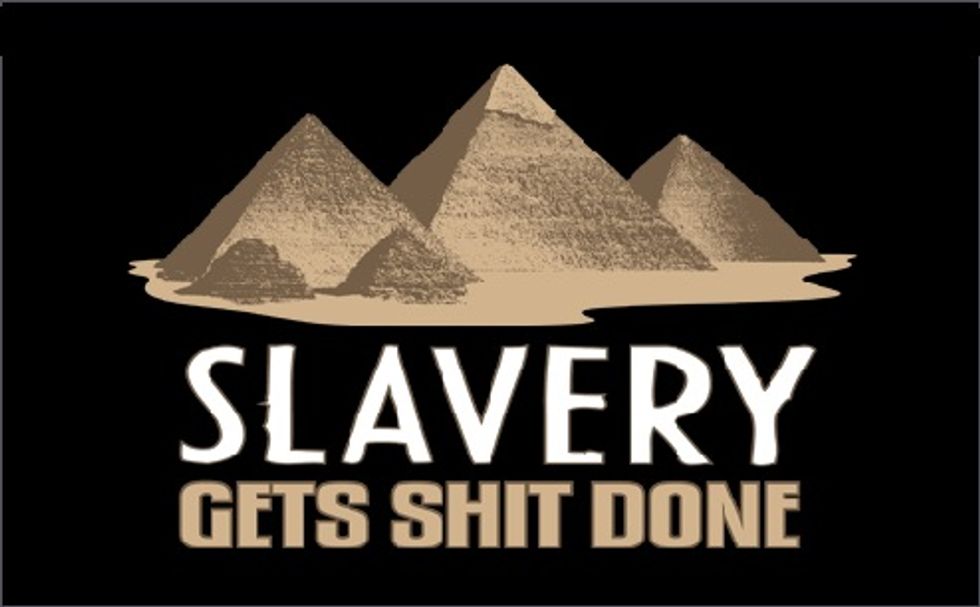 It's getting to where political correctness is just ruining everything, isn't it?ABA Journal reports that

They add that the choice was deleted from the drop-down menu within an hour after a teevee news reporter contacted the court, so good on court administrator Cathy McCumber and the IT team -- that's a better turnaround time than a lot of organizations would manage for a password reset request.

McCumber said that the questionnaire had been online for about a month, but was based on a 62-page list of possible occupations that the court had been using for 13 years; she didn't know whether "slave" was always on the list, or if it was added more recently during the transition to online forms.

The court and the TV station were contacted by a potential juror who was using the website and was going to list his occupation as "sales," when he found "slave" on the list.

As capitalism-hating socialists, we'd like to think that some smartass commie like us added the listing to be snarky, but had that been the motive, it prolly would have been "wage slave." This being Georgia, we're going to assume it was added by some neoconfederate comedian, which gives us a sad, because now how can we hope to bring down The System through snotty job descriptions hidden in county websites?

[11Alive via ABA Journal, via tip from Wonket Operative "depardoo"]