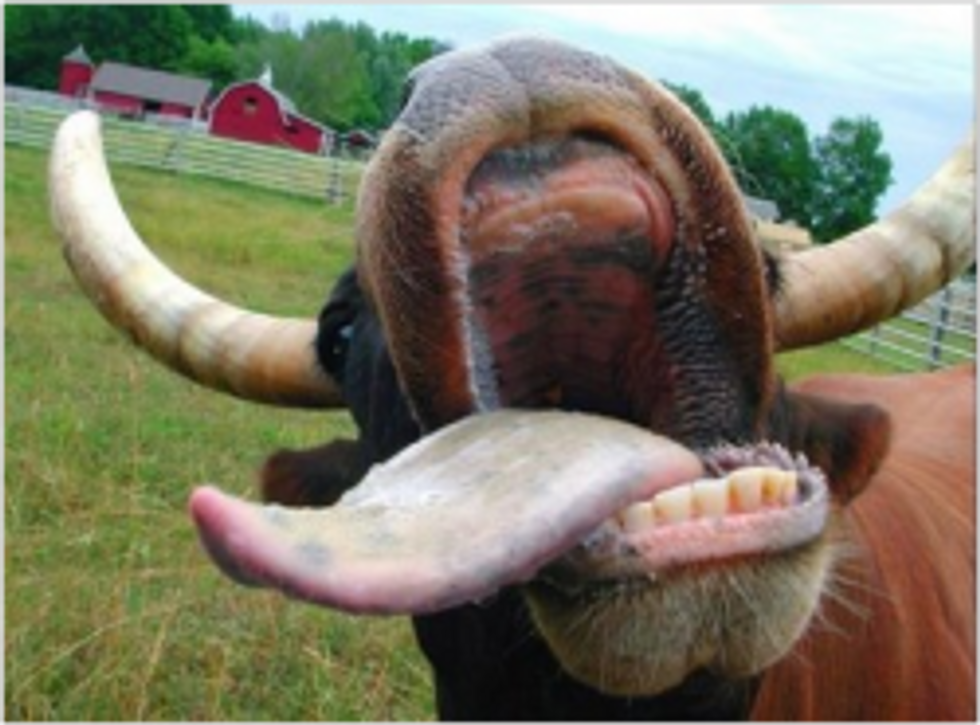 Georgia State Representative Terry England is a person who would like abortions and related procedures to be made illegal after 20 weeks, even if the fetus is known to be stillborn or is not expected to survive past birth. Terry took to the floor of the Georgia house to defend HB 954, as it is known, and reinforced his argument by saying that, you know, farm animals (pigs, cows, and chickens, specifically) sometimes deliver babies that don't make it, and that's OK. He has personally delivered these animals "dead or alive," and it's sad, but, well, "Life gives us many experiences...," he droned, and is any experience more life-affirming and special than carrying a dead fetus in one's sanctified bun-oven for upwards of four months?

Sensing the futility of this tack (in our dreams), England then decided to say that the argument against abortion must be great if his cockfighting friend is willing to give up cockfighting so that women will stop getting abortions, because logic. Regard this video, captured by an amateur hero:

Said the cockfighting enthusiast, who has been threatened by cockfighting laws, and bristled against them forever until he found his cause in the zygote:

Mr. Terry, I wanna tell you something. You tell those folks down there, when they quit killing babies, they can have every chicken I've got.

They can have every chicken I've got. Music swells, and curtain. [ThinkProgress]