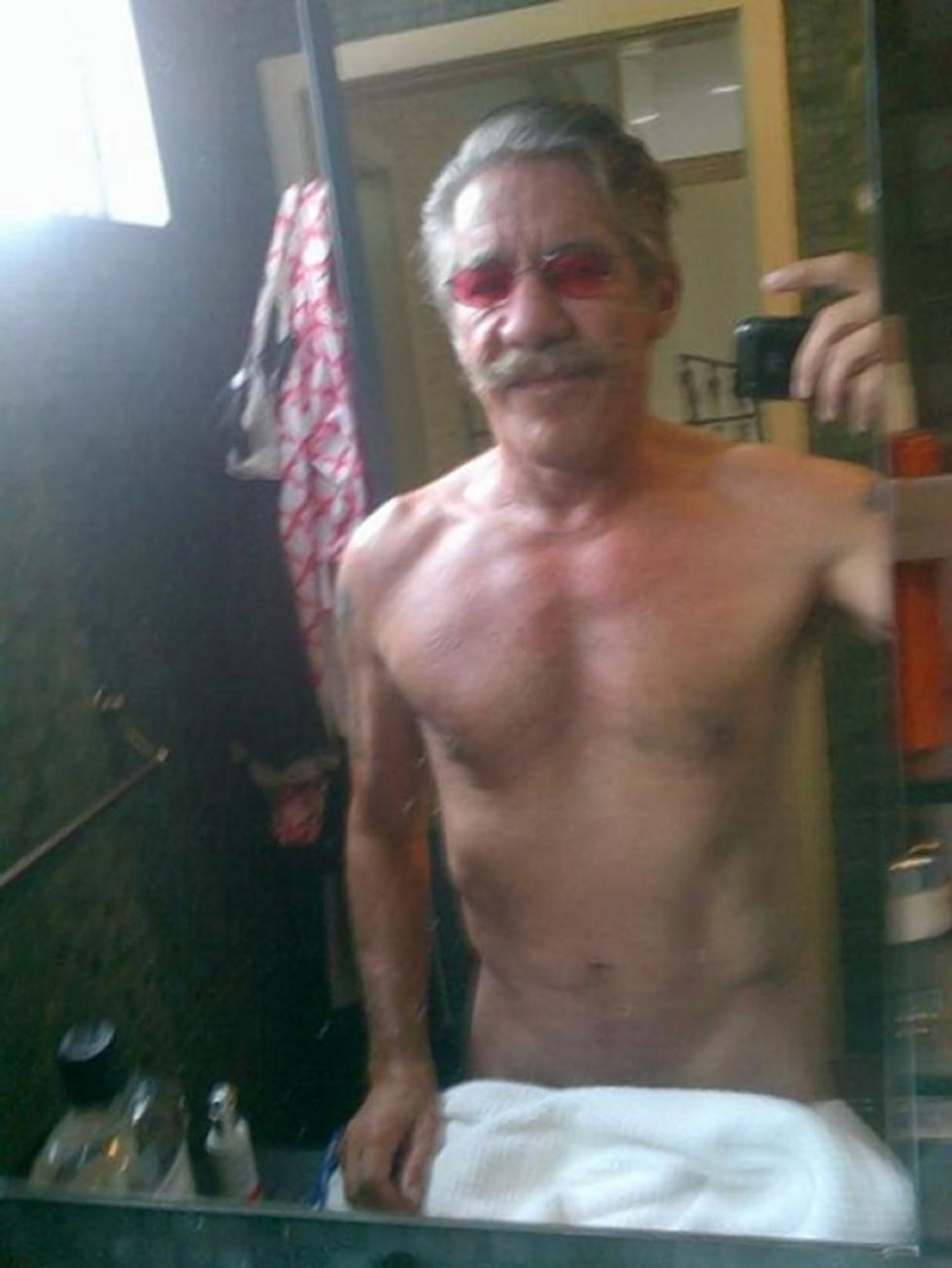 Geraldo Rivera would like to thank the Pulitzer board for finally, at long last, recognizing his singular achievements in hip-hop:

WTF? That is what you may be asking right now! How on earth did Geraldo inspire Kendrick Lamar's extraordinary creativity in a small, indirect way, which led to Lamar winning the Pulitzer Prize in music for his record DAMN.? What did Geraldo do that in a still, small way helped Kendrick Lamar be not only the first hip-hop artist, but also the first non-classical or jazz artist, to win a Pulitzer in music?

OH THAT'S RIGHT, GERALDO SAID SOME RACIST SHIT ON FOX NEWS. Is that very surprising to you? Is it shocking that the world's best selfie-taker who thinks guns didn't kill Trayvon Martin, Trayvon Martin's hoodie killed Trayvon Martin (and maybe a LITTLE BIT of George Zimmerman killed Trayvon Martin, but ALSO HOODIES) said some really racist shit on Fox News about Kendrick Lamar, and about hip-hop in general, samples of which ended up on Lamar's groundbreaking, Pulitzer Fucking Prize-winning record DAMN.?

Let's get into our time machine and travel to Geraldo's remarks on Fox about Lamar's incredible performance of "Alright" at the 2015 BET Awards. We will transcribe, because we want you to know exactly what Geraldo's important contribution to Kendrick Lamar's Pulitzer was:

[SCENE: Fox News plays clip of Kendrick Lamar performing, to scare septuagenarian racist white viewers because look at the black man and the hippity hoppity and oh no he is standing on top of a cop car!]

ERIC BOLLING: Did you catch that? Lamar stated his views on police brutality with that line in the song, quote, "And we hate the po po, wanna kill us in the street, FO SHO!" [No really, Gutfeld emphasized FO SHO because Fox News is a racist network.]

FOX NEWS IDIOT LADY WHOSE NAME WE DON'T FEEL LIKE LOOKING UP: Oh, please. I don't like it! [more words about why she doesn't like it]

BOLLING: Geraldo, not helpful with those song lyrics!

And then Dana Perino said somebody shoulda been like HOLD UP A SECOND, WHAT ABOUT THE WHITE PEOPLE FEELINGS and killed the performance, and the other Fox News idiot lady said, "it incites violence!" and some other Fox News male idiot said "HRMPH!" about something, we don't even fucking know.

The point is that the Fox News idiots' words, in particular the ones we put in bold above, ended up on DAMN., first at the end of the opening track "BLOOD.," which is about a man, Lamar, who tries to help an old blind woman in need and ends up getting gunned down for his act of kindness. That rolls right into "DNA.," which kicks off with the words "I got loyalty, got royalty inside my DNA," and is about embracing the complexity of the black American experience, and also has undercurrents about being institutionally shit on by society and harnessing that to become Kendrick goddamn Lamar. The Geraldo quote above is sampled on that track. Later on the record, in "YAH.," Geraldo gets a personal shout-out from Lamar. No, the shout-out is not "Thank goodness for Geraldo and Fox News, maybe I will get a Pulitzer now!"

Lamar had already pointed out in an interview a while back how ignorant Geraldo's stupid mouth words were, noting that the song "Alright" he performed at the BET Awards is actually about hope, but we guess in order to understand that, Fox News idiots would have to stop cowering in fear over black people making loud rap words and ACTUALLY PAY ATTENTION TO WHAT HE'S SAYING, rather than just cherry-picking a line here and there and using it as their thesis that Kendrick Lamar wants to kill all cops.

Geraldo, for his part, responded last year to having his words included on DAMN., saying that Kendrick Lamar guy is pretty darn good, but not as good as Drake (this is scientifically incorrect, of course), but anyway, hip-hop is still bad, because #reasons.

And now he's tweeting out how HUMBLED he is to have, in his little itty bitty way, contributed to Kendrick Lamar winning a Pulitzer.

Sit the fuck down, Geraldo. You didn't build that.