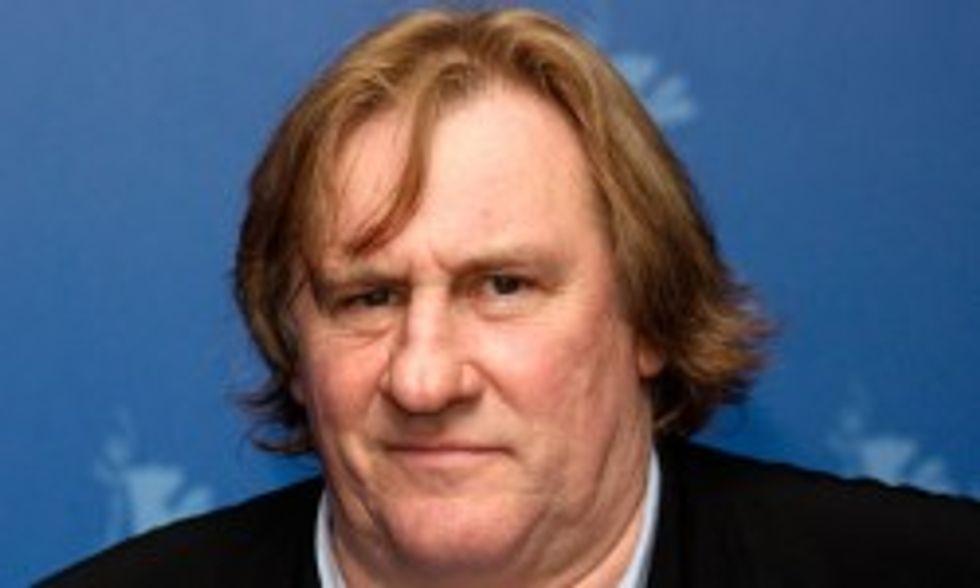 We think we did the math right here. Depardieu says that this year, he paid 85 percent of his income in taxes, and that over the past 45 years he has paid 145 million Euros. If that 85 percent had been steady the whole time (which it was not; the new high 75 percent marginal rate for the super-rich is brand-new), that would have meant he had earned 170 million Euros and had been left with only 25 million Euros, which of course is reason enough for anyone to go Galt. Since French tax rates are not pictures of cats or celebrities, we were unable to find tax rates for the superwealthy over the last 50 years. But they were definitely less than 75 percent. Because, again, that is "new."

Now, the only income we could find for Depardieu showed that he has made 19.3 million Euros (plus $5.5 million US, a combination which at this particular moment would be worth around $30 million US) since 2006. This does not count any income he might have made from his vineyards in Italy, France, Argentina, Morocco and Algeria. Or from his two Paris restaurants. Or like capital gains or whatever. That is only $5 million a year. And then France wants to tax it??? HOW IS GERARD DEPARDIEU EVEN SUPPOSED TO LIVE?

You guys, Gerard Depardieu is practically a pauper now. We can see why he would want to take his Newport Harbor boat parade and go home.