Germany Just Rubbing Our Dumb American Faces In It Now, All 'Oh We Are So Good At Gay Rights' 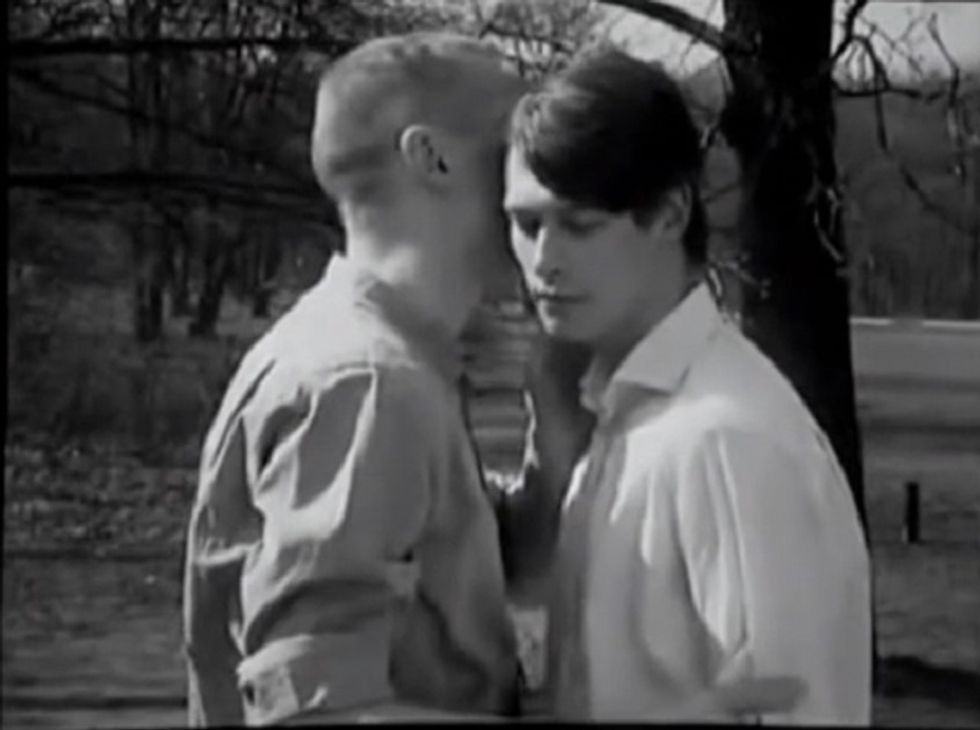 Still from video at Berlin's memorial to gay Holocaust victims

While plenty of Americans still haven't decided whether slavery merits an apology, Germany is preparing to clean up its human rights history with a plan to annul the convictions of over 50,000 men for homosexuality, and to compensate those who were convicted under the obsolete law. The anti-gay law actually dated from 1871 but was made harsher by the Nazis in 1935, adding a sentence of 10 years at forced labor. Even after the war, the law was enforced until 1968 in East Germany and 1969 in West Germany; it wasn't repealed until after reunification, in 1994.

"We can never completely erase the travesty of justice, but we want to rehabilitate the victims," Justice Minister Heiko Maas said in a statement.

"They should not have to live with the stigma of conviction any longer."

The 1871 law, Article 175 of the German penal code, outlawed "sexual acts contrary to nature... be it between people of the male gender or between people and animals." Lesbians got a statutory free ride, which seems weirdly German to us, somehow. Over 42,000 men were imprisoned or sent to concentration camps under the Nazis, and while their convictions were erased in 2002, postwar convictions of some 50,000 men in West Germany remained on the books -- the only legal remnant of Nazi-era persecution left in place. (While the Nazis persecuted lesbians, shutting down bars and social clubs, lesbianism was never formally outlawed. But it wasn't safe for women to be out; lesbians could be convicted as "asocial," although they weren't forced to wear the pink triangle, according to the US Holocaust Memorial Museum.)

Germany's Anti-Discrimination Agency recommended the reversal of convictions and compensation in a report to the Justice Ministry; a law still has to be drafted, and the amount of compensation has not yet been determined.

Germany's Lesbian and Gay Association issued a statement urging the government to pass a law quickly: "Time is pressing for victims of homosexual persecution to get their unfair convictions lifted and see their dignity restored," the group said.

Donald Trump Tells Syrian Refugees To Go Back To Mexico

So great, not only is Germany making us look terrible at helping Syrian refugees, now they have to go and compensate the gays they discriminated against, too? Thanks a hell of a lot for showing us up like that, Germany.

Meanwhile, back in the United States, conservatives are having a series of masssive freakouts over where trans people should be allowed to poop.