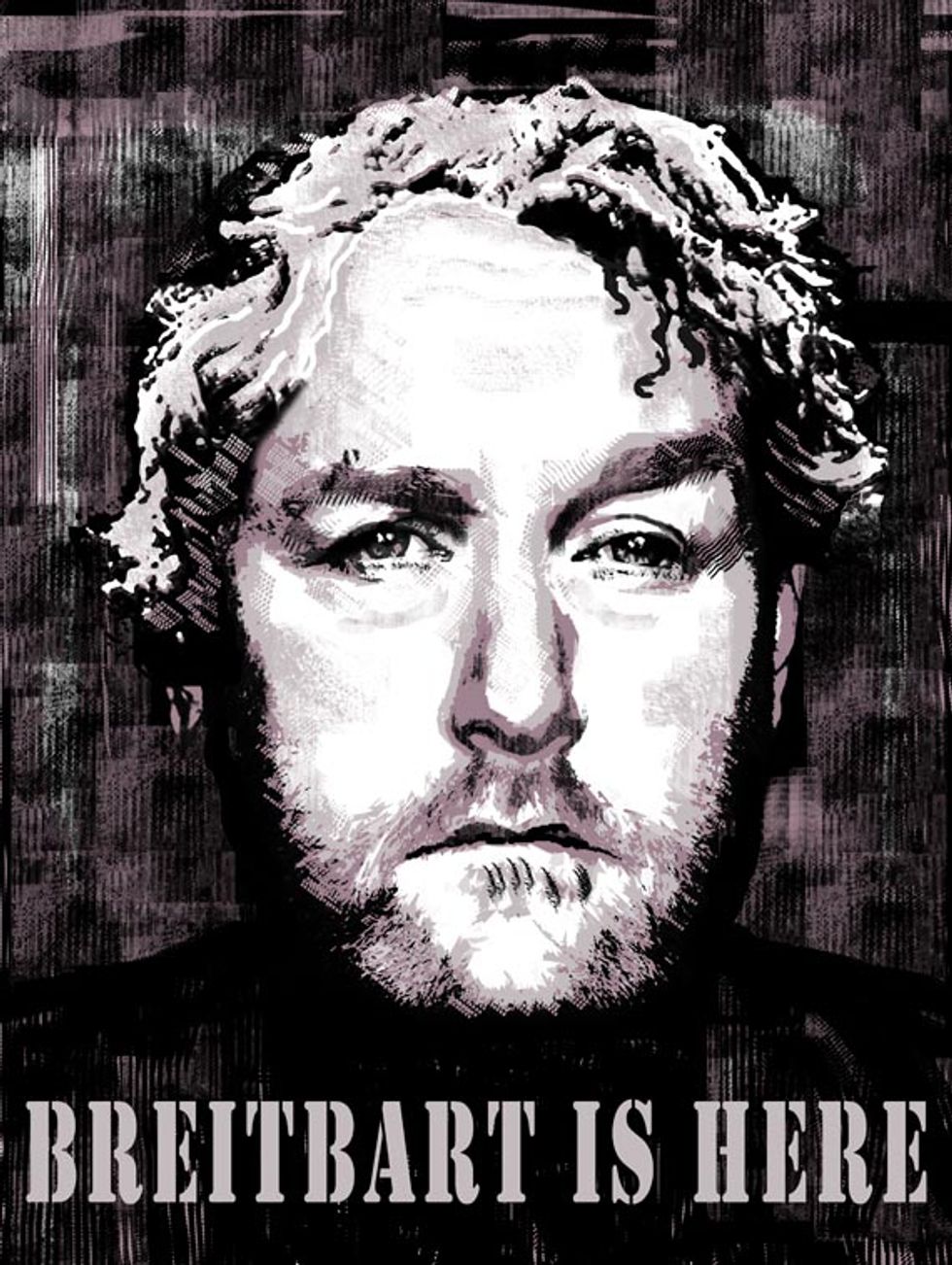 Mike Flynn, writing at Ghost Andrew Breitbart's Maximum Security Facility for the Criminally Butt-Hurt, has discovered thatthere are establishments in Washington DC that are offering SOCIALISMS to furloughed government workers, in the form of a delicious cocktail or a pulled pork sandwich. Mike Flynn claims he has no problem with this, since even Mike Flynn seems to realize it would be churlish to begrudge a person some barbecued meats. BUT DOES HE ACTUALLY HAVE A PROBLEM with these shiftless layabouts and their "sandwiches"? (Spoiler: HE DOES!)

I don't really begrudge this, but I find it slightly annoying.

And there we have Lie No. One. You do begrudge this, but even you know that is the move of a syphilitic oozing dick.

Years ago, I was laid off from an organization as the financial crisis hit and I don't remember anyone offering me a free pulled-pork sandwich. Millions of Americans face a similar situation daily and no one is offering them free "screwdrivers" or pole-dancing classes.

Washington simply thinks it is different.

Well, Washington is kind of different? In that the financial collapse was caused by a troop of voracious greedheads making tranches of bullshit so they could steal people's houses, and the shutdown is caused by an army of Bachmann-eyed lunatics putting people out of work for fun and for Jesus what wrote the Constitution.

Once the government shutdown is resolved, it is very likely that the furloughed government workers will be awarded back-pay, for the time they didn't work. Will they settle up with the establishments offering them free stuff today?

Hahaha, we are guessing they will not "settle up" with the establishments, because you don't "settle up" with someone who gives you a gift. Like, the pulled-pork sandwich place did not say, "here, we will loan you a sandwich but we want it back." They said, "here, have a pulled-pork sandwich because that is excellent marketing for us and engenders good will in our customer base and probably once you have your paycheck again you will come back and be a regular customer because CAPITALISM, DUMB MIKE FLYNN."

Sadly, I actually had planned to order food from Pork Barrel BBQ tonight. I will pass. I want to make sure they have enough pulled-pork sandwiches to hand out to "non-essential" workers. I already pay taxes once. No reason to pay them again.

No free sandwiches without representation! Wait, what? That is some dumb bullshit that is dumb. Go to pouty non-logic jail! If Puritanism is the haunting fear that someone, somewhere, is having a good time, then batshit conservatism these days is a nine-year-old's whining that someone, somewhere, got a thing that Mike Flynn did not get. Unless that person is a CEO, in which case it was Mike Flynn's fault that Conservative Jesus didn't make him a CEO.