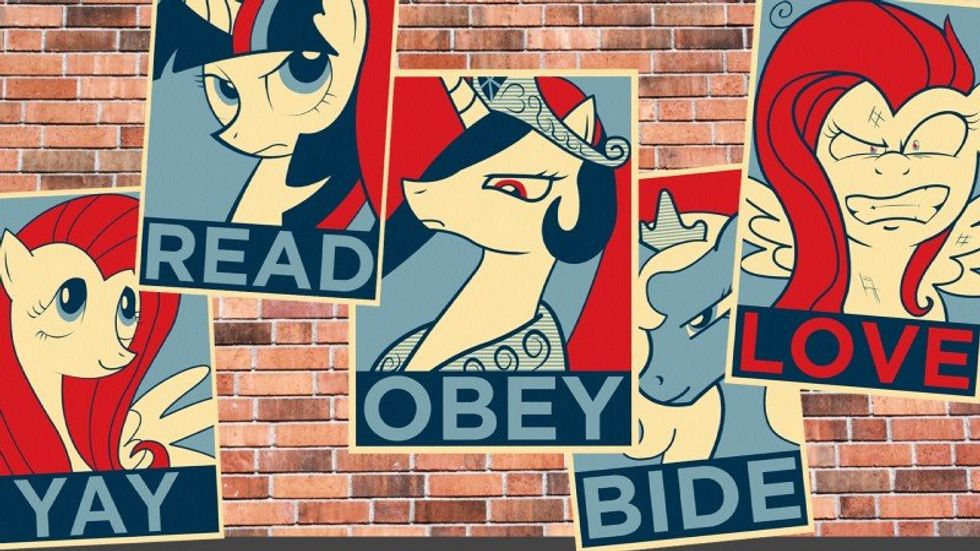 Hey guys! Did you know that there's avast left-wing conspiracy to cover up the TRVTH about what happened in Libya? Totally factual and documented -- at least, inside what Wonkette's BFF Rachel Maddow calls the conservative "media bubble where [there are no] neutral or contrasting points of view." And so, when Rupert Murdoch's Wall Street Journal, a press organ (huh-huh... "organ") that is usually thought of as a reliable part of that bubble, runs a story falling outside the accepted conservative narrative about Benghazi, the only rational response is to declare the WSJ part of a pro-Obama spin campaign. Makes sense to us! Posting at Dead Andrew Breitbart's Big Journalism site, AWR Hawkins says that the WSJ is one of many "Obama surrogates in the mainstream media" bent on "providing a smokescreen for U.S. Ambassador Susan Rice."

Written in a way that admits the Obama administration's story did change, the report creates a caveat by suggesting the change wasn't official until weeks after Rice appeared Sunday news shows to blame the Benghazi attack on a YouTube video.

Moreover, the WSJ report pins the changing story on the intelligence community, thereby protecting Obama along with Rice.

Never mind that virtually every early report on a developing crisis contains errors and confusion (remember the reports of a car bomb at the State Department in DC on 9/11/01?), especially when the events happen on the other side of the planet. As Erich Lach points out in TPM, there's nothing terribly new about any of this:

People with experience in intelligence and national security who spoke with TPM this week downplayed much of the debate. They said they see nothing unusual or nefarious in the official story having evolved over time. In fact, they said, it is all but expected that the first official account of a complex and fast-moving event will turn out to be wrong or incomplete.

“Sorting out what happened — in terms of the source of the attack, who knew what before the attack — is a very difficult, complicated, time-consuming process,” Vicki Divoll, former general counsel of the Senate Intelligence Committee, told TPM. “And it is legitimate for it to take several weeks or even longer before you have the answers you need.”

Clearly, the Obama Administration's failure to be clairvoyant was a calculated disinformation campaign, not merely a matter of not having all the information available at their fingertips.

Breitbartard Hawkins speculates -- and it would be irresponsible not to -- that the WSJ story is part of a coordinated effort to skew perceptions of the Benghazi attack prior to tonight's presidential debate on foreign policy:

Perhaps this will be Obama's new tack for Oct 22 -- It's no longer Bush's fault, but the fault of the intelligence community?

We kind of missed the part where Obama blamed GWB for Benghazi, but sure, why not? It's an interesting comparison, though, considering how brilliantly George Bush followed up on intelligence reports with vague headings like "Bin Laden Determined To Strike in US."