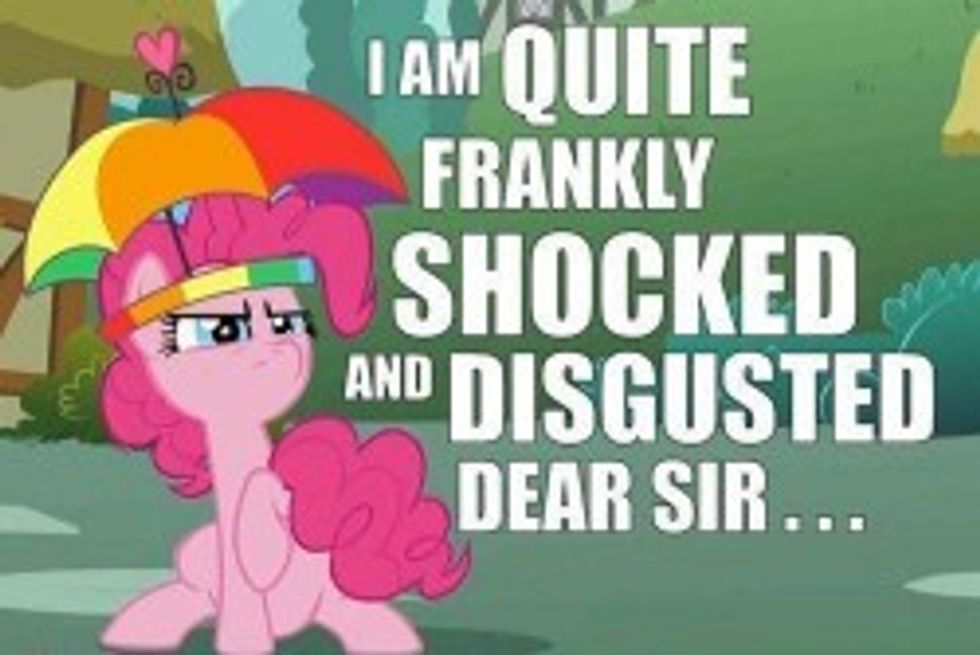 Guys, you will not believed this, but Joel Pollak, the geniusnon-email-reading editor in chief at Breitbart.com is very unhappy about the hypocrisy of the left! You see, Mr. Pollak has noticed that even though there were a number of jokes about Hurricane Isaac and the GOP Convention blowing into Tampa, Florida, at the same time, very few people are making political jokes about Hurricane Sandy. In a veritable storm surge of butthurt, he calls attention to this very revealing lack of dumb jokes:

In August, the left found it amusing to speculate about Divine judgment when Hurricane Isaac seemed to be approaching Tampa, FL as the Republican National Convention began... As Hurricane Sandy bears down on heavily Democratic mid-Atlantic and northeast states, no one, left or right, is joking.

Pollak details some of the horrific, tasteless comments made at the time of Hurricane Isaac:

Samuel L. Jackson tweeted that it was "unfair" that the GOP had been spared the wrath of the hurricane (and quickly apologized).

Former Michigan governor Jennifer Granholm said of Hurricane Isaac, and its potential effect on the Republican National Convention: "I guess God has ways to shut that whole thing down."

Dana Milbank of the Washington Post asked whether God had "forsaken the Republican party."

Needless to say, this is because the left is hypocritical, and the right is just too darn decent and caring to crack wise about such srs business. It could not possibly have anything to do with the fact that this storm...uh...doesn't happen to coincide with a national political party convention.

True, Pollack acknowledges, "some rather dull things were said by a few religious leaders about why Hurricane Katrina had devastated New Orleans." You know, dull things. Like how every hurricane is God's punishment for teh ghey, somehow.

As Hurricane Sandy approaches the Atlantic coast, with several blue states about to bear the brunt, conservatives are not taking the same license. Instead they, like most Americans, are focused on the danger at hand, with preparations for evacuation and prayers for those in the storm's path.

Conservatives simply do not sink so low as to engage in mere japery or politicking regarding natural disasters, after all. Consider the classy response of Michele Bachmann who soberly said, after Washington DC was hit by a mild earthquake and by Hurricane Irene in 2011,

"I don’t know how much God has to do to get the attention of the politicians. We’ve had an earthquake; we’ve had a hurricane. He said, ‘Are you going to start listening to me here?’”

Or consider the ever-tasteful Erick, Son of Erick, who had this solemn prayer for those in storm's path: