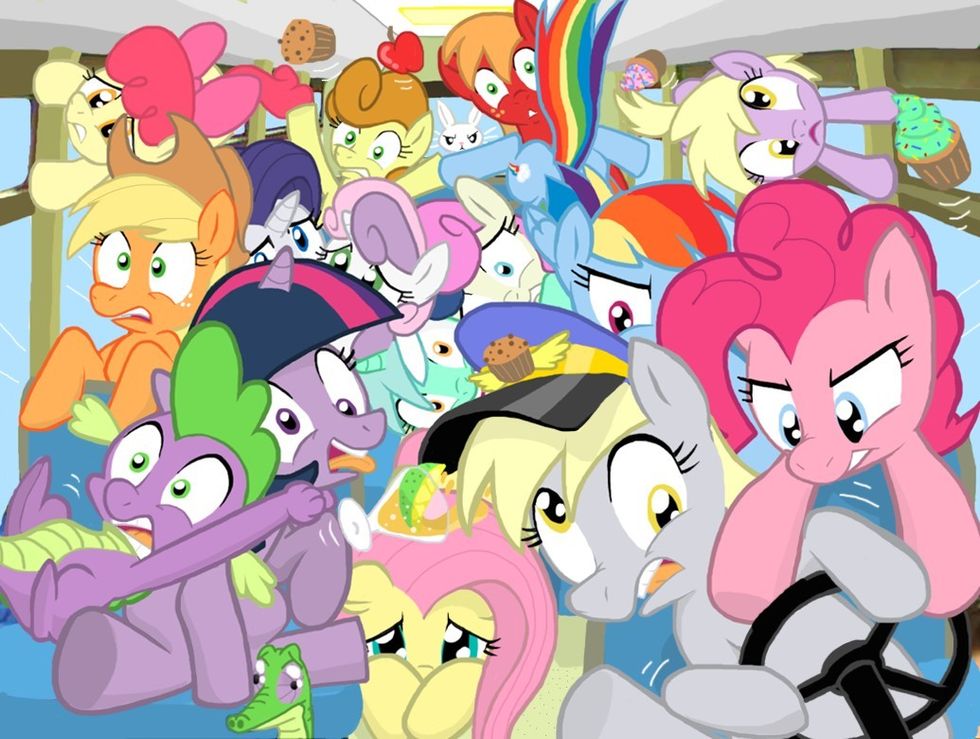 As we all know from the plot of virtually every big Hollywood gangster movie ever made, when there's a gang of loutish thugs and the head lout is removed, the remaining loutish thugs invariably turn on each other in a frenzy of loutishness and thuggery. This is apparently what is going on at rightwing internet concern Breitbart.com following the sudden death of Andrew Breitbart on March 1 of this year, according tothis juicy Buzzfeed story by McKay Coppins, which says the late lout's "web empire" is now "plagued by an unusual degree of disorganization and rampant infighting as his disciples battle for ownership of his legacy." Golly. No one could have seen THAT coming!

Actually, Your Wonkette didn't, at least not quite. But our Ken Layne did at least note, in Wonkette's initial story on the bloated bloviator's shuffling off this mortal coil, that the remaining crew was not exactly a model of intellectual rigor:

Breitbart leaves behind a wife and four children, along with hundreds of idiotic half-literate bloggers for his various websites who share his zeal for mindlessly attacking every non-wingnut aspect of life on Earth but lack his amiable personality.

It's not quite a prediction of a terminal fuck-tussle in the Breitbartosphere, but it's a pretty good assessment of the remaining management team at Arkham Asylum.

So! What exciting News McNuggets does Coppins serve up regarding goings-on among successors of the Wingnut Ozymandias? Look upon these jerks, ye righties, and despair:

Among the True Wingnut Believers, however, the worst fear is that under the new management, Breitbart.com has lost its cherished quality of independence, that certain loose-cannon quality that outsiders might instead call "bugfuck-crazy irresponsibility," as seen in the Shirley Sherrod smear or the Anthony Weiner dickopalooza. With the death of Breitbart himself, the site "lost a media savant... [who understood] how a good stunt, or a sophisticated prank could drive national news cycles for days." In short, without the head clown, the circus just isn't all that much fun anymore:

He was a partisan prankster with a knack for showmanship whose self-awareness and sense of humor endeared him to the press, and helped his scoops go national. These days, the only time reporters pay attention to Breitbartians is when they're clicking the "block" button on Twitter.