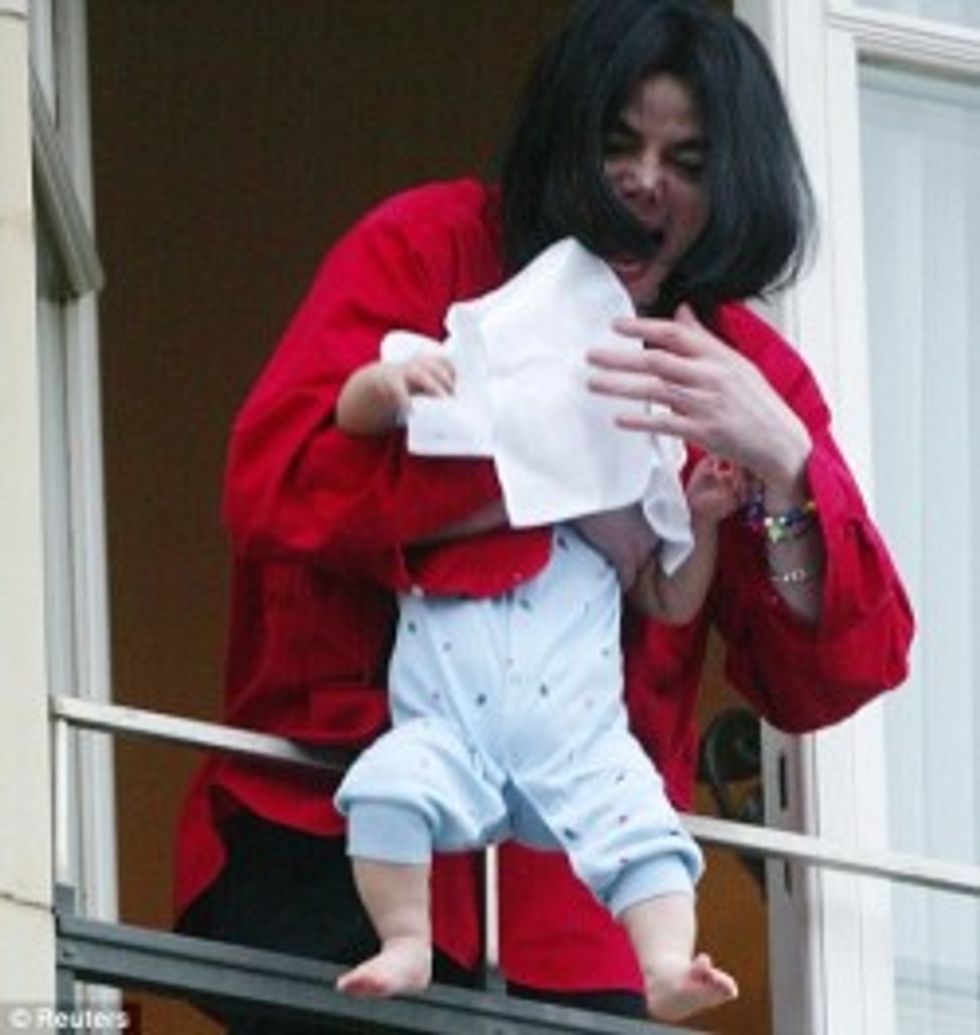 MJ fans! Rejoice!The 25th Anniversary remaster of Bad came out on Tuesday, and it is AWESOME. Remastered, digitally perfect versions of songs like Bad, The Way You Make Me Feel, Smooth Criminal...and eight previously unreleased tracks including Song Groove!

Oh, excuse me, I should probably refer to that track by its real name: Abortion Papers.

Yes, ladies and gents (mainly ladies), Michael Jackson made a song about a young lady having an abortion. Was he for or against it, you ask?

Well, he made a song about being a badass street fighter; The Way You Make Me Feel, judging by its video, was about stalking a woman through a filthy alley (but don't worry, Take Back the Nighters, she liked it?); and Smooth Criminal evinced an obsessive concern about a girl named Annie. Dirty Diana was all about judging a lady for being a whore. So, yeah, this is pretty much a Planned Parenthood theme song.

And here are some of the (weirdly catchy) lyrics:

What do we get, she runs away

What about all I pray

Don’t know the worst, she knows a atheist

Living is all I see

What do you get, things she would say

That’s all I pray

Signed in your name against the words of God

Think about life, I’d like to have my child

Alternate history time with Your Wonkette: imagine if '80s MJ, inarguably the biggest musical superstar in the world and probably history, had released an anti-abortion song at the end of the Reagan presidency. Not only would that shit have gone straight to number one, but abortion probably would have ended three days later in a massive dance scene punctuated by a giant elephant march down Pennsylvania Avenue, capped off by America's second baby boom as all ladies got spontaneously pregnant to the strains of I Just Can't Stop Loving You.