Giffords Graduates From iPhone to iPad, Is Trying To Speak 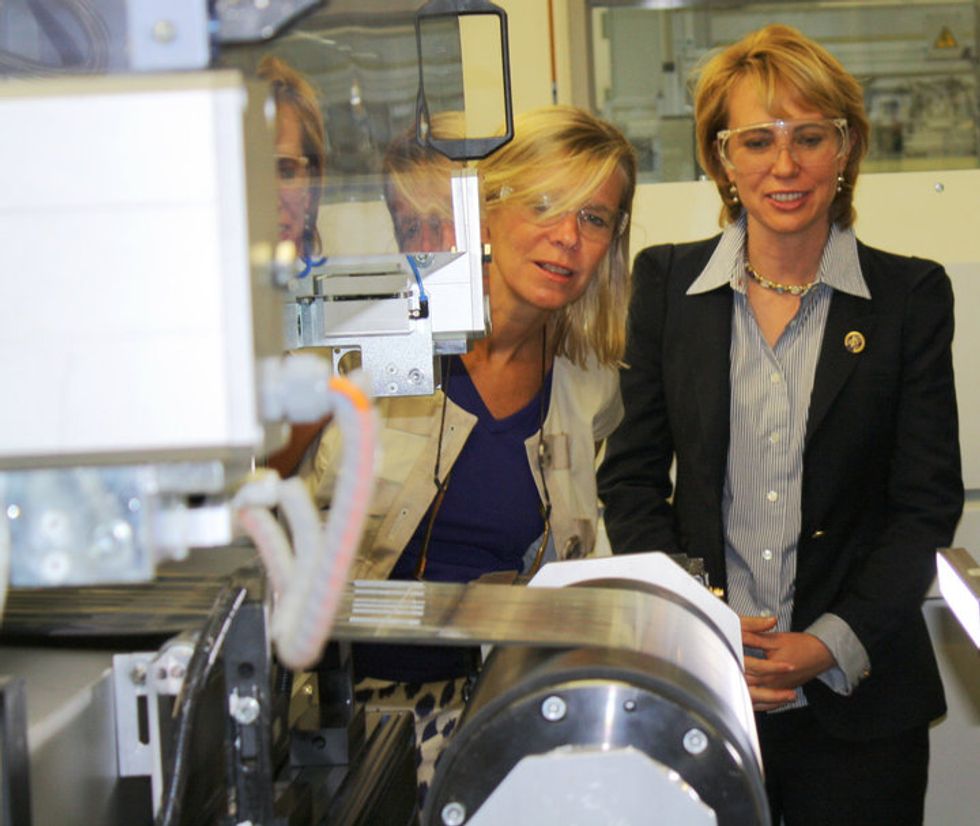 Gabrielle Giffords is still recovering quickly, and today she has made what is surely the best sign of progress yet, moving fromplaying with an iPhone to playing with an iPad. "Doctors said she had scrolled through the iPad and picked out a stuffed animal. 'That’s how we know she’s aware,' said Michael Lemole, the neurosurgeon who’s been overseeing her care." No, you know she's aware because she's using an Apple product and not a PC or Kindle. Internet fight! Also, was the stuffed animal organic? Let's hope so. That indicates a higher level of thinking as well. Oh, and she's trying to talk, but that's irrelevant because the iPad probably won't have FaceTime until the next generation comes out.

Giffords has “made some attempts” to talk, said husband Mark Kelly, a NASA astronaut, noting she had a tracheotomy which inhibits speech. “I feel she intellectually understands.”

In a month or so, she will be performing brain surgeries herself and participating in World's Strongest Man competitions. And soon after she will have accomplished the highest feats of each and every human endeavor imaginable and then will move on to accomplishing the unimaginable, such as converting gravity into time into space into life into new universes into free ice cream for everyone.

This is really great. [Politico]