Gingrich As of An Hour Ago Regrets Bain Attacks On Romney 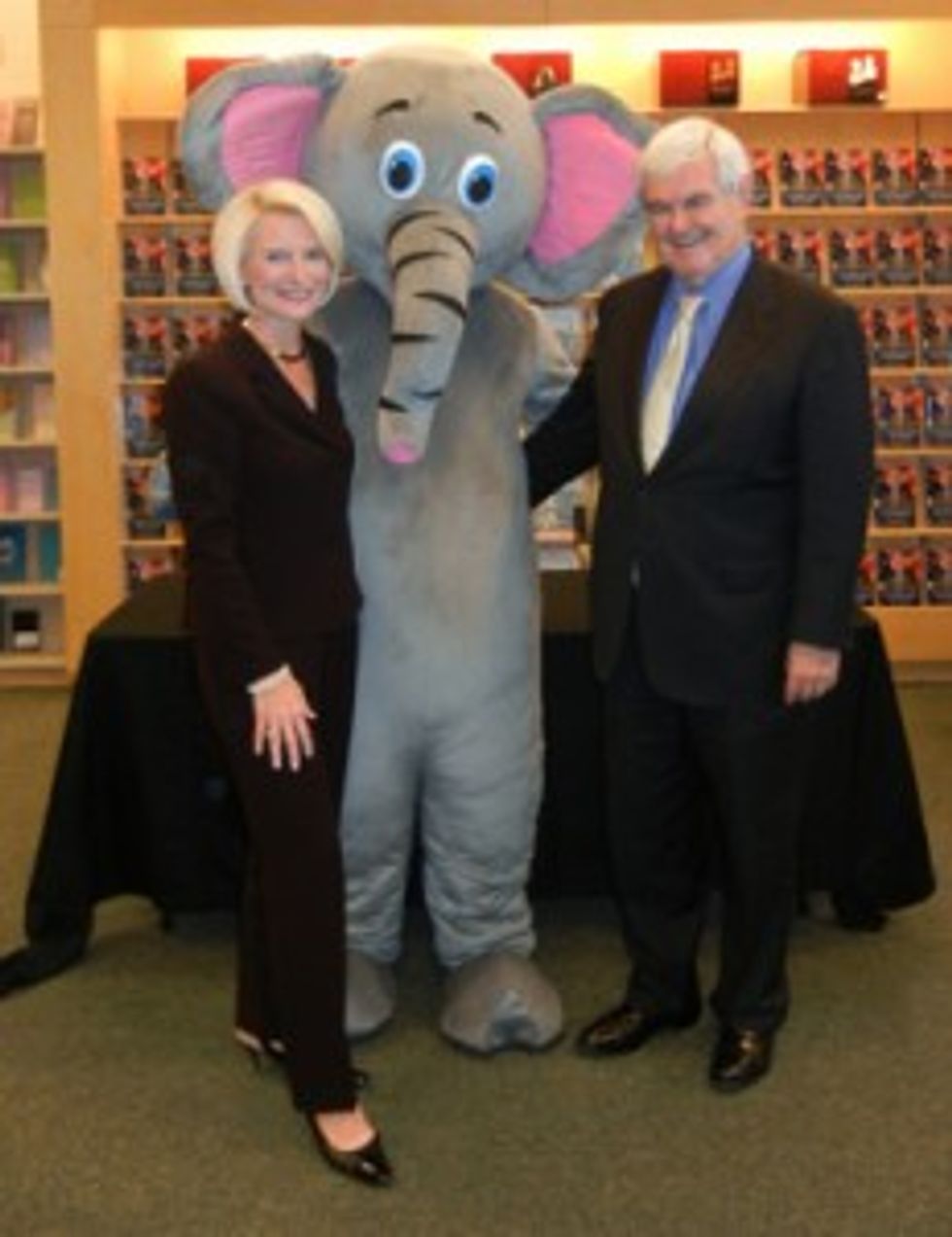 Newt Gingrich, Head Muckraker/Chief Hypocritical Ombudsman of Political Utterances Great and Small, is campaigning in South Carolina today, where he decided around 3 o'clock in the afternoon that his attacks of Romney's time at Bain Capital might have gone too far. Gingrich was confronted by an unhappy Rick Santorum supporter during a -- what else -- book signing over his focus on Romney's money-eating ways, which prompted the fourth-place New Hampshire primary contestant to admit that, yes, maybe this is all making him seem a little too Democratic.

It's vital that Gingrich go fiercely toe-to-toe with the man with whom he's competing for ignorable nationwide support, so when the Santofan told Gingrich that...

I think you’ve missed the target on the way you’re addressing Romney’s weaknesses. I want to beg you to redirect and go after his obvious disingenuousness about his conservatism and lay off the corporatist versus the free market. I think it’s nuanced.

I agree with you. It’s an impossible theme to talk about with Obama in the background. Obama just makes it impossible to talk rationally in that area because he is so deeply into class warfare that automatically you get an echo effect. … I agree with you entirely.

In other words, President Obama is doing such a great job of attacking Romney that I've been rendered obsolete yet am still very much here, signing my books and saying whatever is necessary to prevent you from hitting me over the head with your copy of my book.

But there remains the whole problem of the Winning Our Future PAC, which is about to start airing a 27-minute-long "documentary" (which Gingrich alluded to during last Saturday night's debate). The Gingrich camp has been working hard in the past, oh, 90 minutes now, to finesse their vocal support of that film so that it sounds more like ... lighthearted curiosity. [Politico]