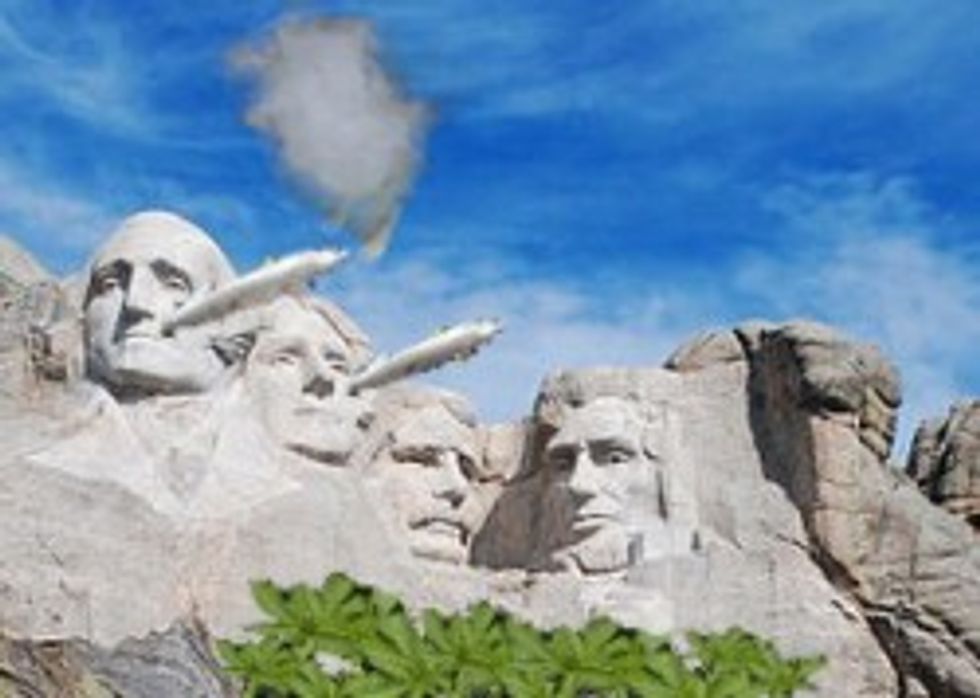 Settled in to roost in New Hampshire for the next week, Republican candidate Newt Gingrich was faced with some pretty zany questions Wednesday afternoon during a town hall meeting with his potential suitors. Talking health care, asteroid travel, and marijuana, faraway-galaxy-dwelling Gingrich was, as Observer reporter Paul Harris noted, "brought down to earth" by the relative far-outness of some of the audience members. One attendee asked for the candidate's thoughts on legal homegrown pot, to which Gingrich harked back to his knowledge base, HISTORY, and dropped some knowledge (actually misinformation! love that history!) on how Founding Fathers Thomas Jefferson and George Washington would have felt about marijuana.

"I think Jefferson or George Washington would have rather strongly discouraged you from growing marijuana, and their techniques of dealing with it would have been more violent."

Really! Picturing a guillotine here. One would speculate that it was probably more lax back then, in the Time Before Science. Helpfully, the Straight Dope did a very thorough review of the matter back in 2009, and found that Washington and Jefferson attempted to farm the stuff, but more to make money (hemp being used for all kinds of things like socks and paper) than to medicate/try to enjoy life:

Both Washington and Jefferson tried growing hemp on their Virginia farms, with mixed success. Washington used some of what he grew to make hemp clothing worn by his slaves. However, U.S. hemp exported to Britain often was of such poor quality that it couldn't be sold, and Washington was never able to turn a profit on the crop despite sustained effort. Jefferson also seems to have grown hemp strictly for local consumption, from which we deduce he couldn't make money at it either. In short, not only were Washington and Jefferson marijuana farmers, they were unsuccessful marijuana farmers.